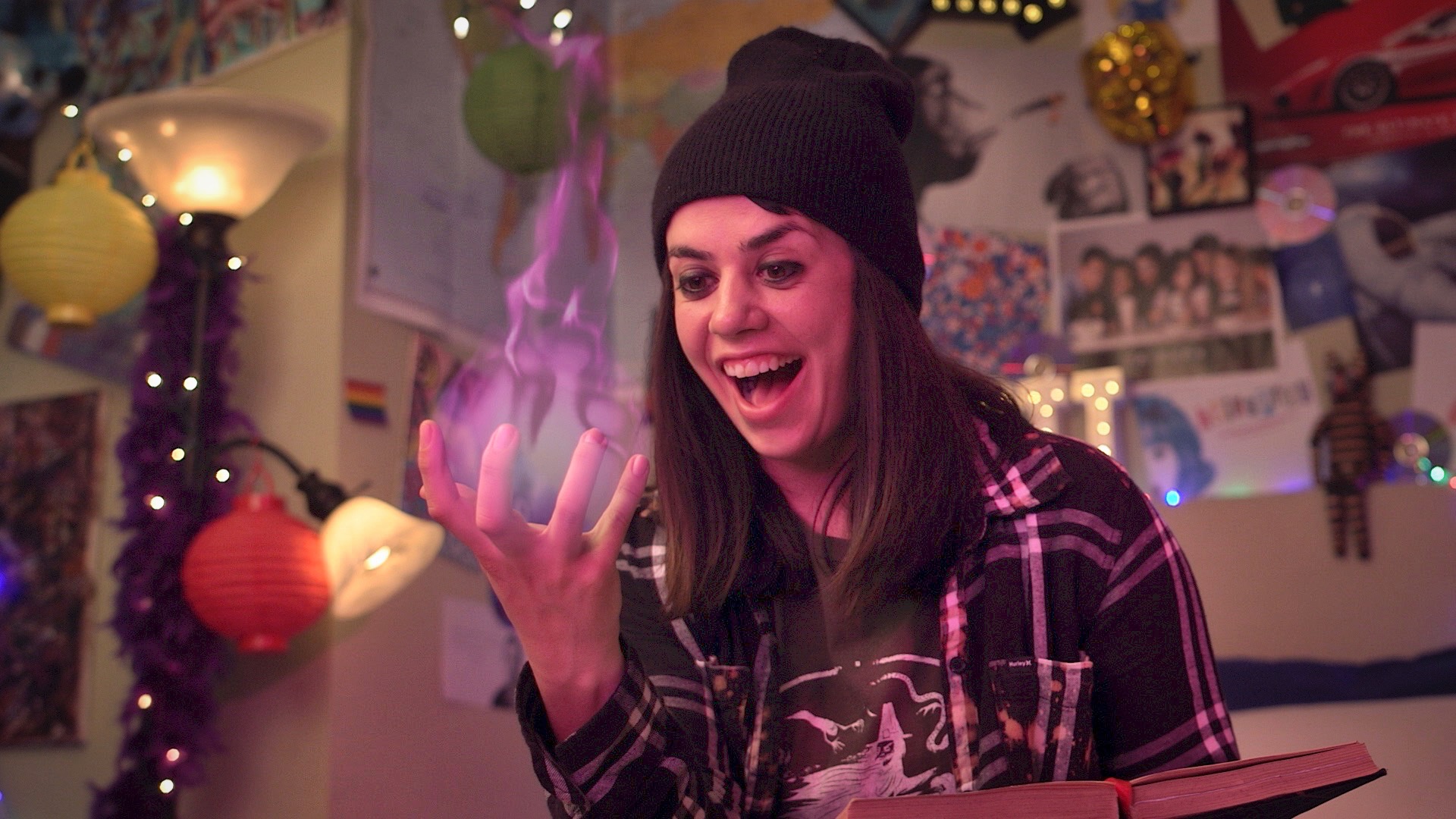 Adam finds the mixture of Magic and Raunchy Comedy a whip smart combination that should make this Indie Web Series a hit.

Let’s be honest here.  Magic is kinda stuffy.  Am I right?  You watch Harry Potter and it all seems a bit drab and British.  Lord of the Ring‘s Gandalf?  Fuggedaboutit, same drab and British issue even though the Grey Wizard smoked pot.  If you want your magic played fast, loose, and dirty Tracy Buckles is going to be your jam.

Set in LA we find twenty-two-year-old Tracy (Ana Lake) not doing much of anything.  Her past is about to catch up with her as she’s managed to piss off a Level 9 Dark Mage Janie Cunningham (Macie Wilson).  Janie places a curse on Tracy so no one can hear her.  If you thought that Tracy was just going to sit down and take this trespass against her lightly, think again.

Writer/Director Robin Nyström finds that balance between bawdy comedy and grounded mystical elements that recalls the best of Charmed but with an added R-Rated kick.  The series told in six 5-minute chapters, is a breezy self-contained story arc.   Though self-contained Tracy Buckles shows the promise of an on-going series.  The world created by Nyström is interesting in the way that you’ll want more once finishing.

In the crowded emerging field of Web Series, Tracy Buckles is the kind of unique genre voice that’s not only welcome but needed.  Its sharp humor, acute storytelling shows the promise of Nyström as a creative that’s just getting started.