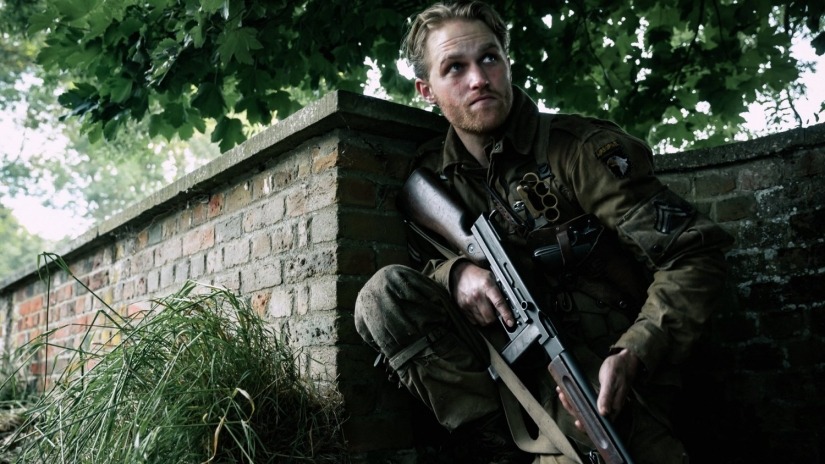 Overlord, the new film from director Julius Avery (Son of a Gun), is an action-packed thrill ride that plays like a hybrid of Guns of Navarone, Inglorious Basterds and Reanimator.  The story spins out of the well-documented fact that the Nazis experimented on prisoners and soldiers alike in some twisted quest to create a super soldier for Hitler’s Thousand Year Reich.  This certainly isn’t the first time that concept has been utilized in a horror film, but it’s the first time it’s been done in such a splashy, big budget, hard R-rating kinda way.

Boyce (Jovan Adepo) is a young African American GI from the heartland who’s sweating a night jump into German-occupied France.  As the transport plane nears the drop zone, all hell breaks loose in a sequence that can best be described as an aerial version of the landing in Normandy from Saving Private Ryan.  It’s one of the best battle sequences in recent memory and gets the film off to a very grounded war film start.

The paratroopers go tumbling out of their wounded plane, landing in trees and bodies of water.  Fewer than half of the men survive the jump.  Boyce is reunited with Corporal Ford (Wyatt Russell) and a few other soldiers, and they begin their quest to destroy a radio control tower that’s housed in a local church.  With the help of a beautiful French woman (Mathilda Ollivier), they infiltrate the structure to discover a secret Nazi lab.  Do the men stay on mission, blow the radio tower and flee?  Or do they risk their primary mission by engaging with the enemy and destroying the lab?

If you’ve seen the trailers, Overlord delivers exactly what you are expecting.  Nothing more; nothing less.  And that’s quite alright if you’re looking for a horror-flavored action adventure.  The film offers a talented cast of young actors with a far bigger budget than the average horror fare.  The practical and digital effects are spot on, and the end result is a rollicking good time that brought audible cheers from the Fantastic Fest audience that were treated to the film’s world premiere.

During the post-screening Q&A, cast members and audience alike admitted that Overlord can be a cathartic experience now that we live in a world where white supremacy has become so overt.  So, if scares, laughs and kicking Nazi butt is you’re idea of a good time at the movies, then you need to see Overlord on the biggest screen you can find.