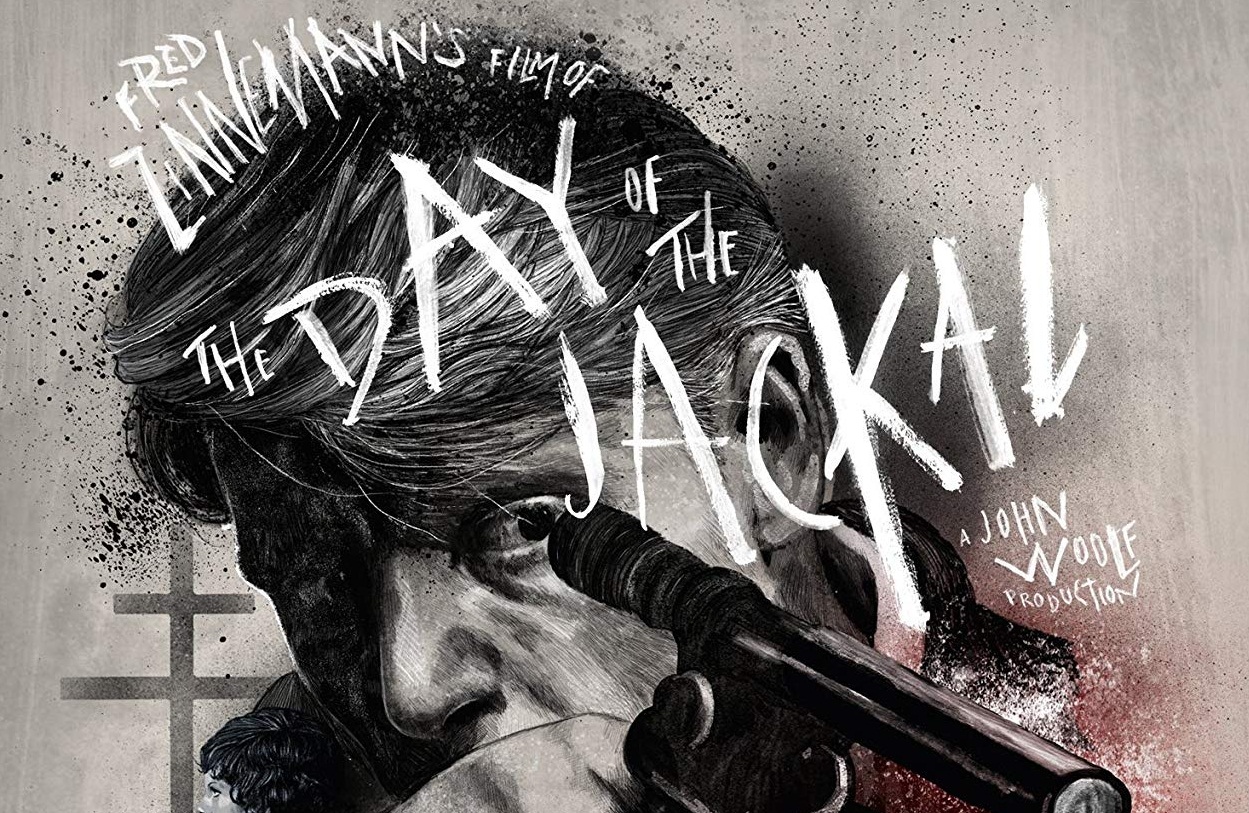 Adam looks at a true dyed in the wool classic; Fred Zinnemann’s The Day of the Jackal.  The beautiful Blu-Ray edition comes from the fine folks at Arrow Video.

There are very few filmmakers that excel at making a drama out of process.  Michael Mann is the sole modern era filmmaker that can create true drama out of process.  Fred Zinnemann seems to have heavily influenced Mann as The Day of the Jackal is a film about process and preparation and the inherent drama within the minutia of someone assassinating a world leader.

Based on the international Best Seller of the same name The Day of the Jackal is hard spycraft at its very best.  Set in the early 1960’s at the height of tensions between the OAS and French President, General Charles de Gaulle.  The OAS has decided the only way to successfully assassinate the President is to bring in an outsider.  They hire a British assassin whom they give the code name Jackal too.  The Jackal (Edward Fox) now in play begins his planning of the assassination.  Word leaks of a possible attempt being made on de Gaulle sends French Intelligence and Police on a manhunt.  Lead by Deputy Commissioner Claude Lebel (Michel Lonsdale) and Caron (Derek Jacobi) they pursue the identity of the nameless and faceless assassin as the clock winds down.

The cliché of “they don’t make them like they used to” usually never applies to modern era films because somewhere somehow, they still do make them like they used to.  That being said The Day of the Jackal is the one exception.  A detailed oriented spy craft film where the lead character is the villain with a moral compass that would make Hannibal Lecter smile told on a globe-trotting stage.  A Spy film conjures images of James Bond, which is not the case here.

This is hard spy craft where rather than seeing beautiful locales and beautiful women, we see the Jackal’s dealings with Gun Makers, Forgers in back alleys and basements.  All of this is done with the precision of an electron microscope.  There isn’t a detail that doesn’t feel authentic.  Slowly tightening and tighten its vice grip on you as the Jackal goes from hunter to hunted.  Zinnemann and screenwriter Kenneth Ross imbue the film with a tactile style that recalls more documentary than a narrative thriller.  That style creates a film that’s methodical but never boring.

The style dedicates performances and here there is a trio of great ones with Fox, Lonsdale, and Jacobi turning in great turns.  Each actor takes the tried and true cliché archetypes of Professional Hitman and Cop injecting their performances with verisimilitude.

Fox’s performance as the Jackal has the precision of a Swiss watch.  The small grimaces, movements, eye flutters mean so much more to this performance than the actual dialog.  The work he does here is all physical but not in the matter that we are used to.  The actor isn’t kicking and punching but he is using his body to tell the story.  None of the normal affectations that we’ve come to expect with the “cool as ice” Hitman are here.  Fox’s performance isn’t dependent on Cool or Alain Delon Cache but rather the Anonymity that the actor’s slight build and innocuous style brings.

What could have been an eye-roll inducing glut of cliché Police officers are rather subdue and contemplative in the hands of Lonsdale and Jacobi.  Thankfully, as Lebel and Caron, the actors like Fox go the physical route showing the wear and tear that the case and pursuit take on them.  Rarely do we see that mental and physical toll on screen as graceful and subtle as its done here.  Both men never give the “barking orders” performance which for audiences that have seen those types of movies hundreds of times will be delighted to see more cerebral sides.

Of course, this would be all for naught unless there was true tension.  Once the stage is set and the plan is in motion Zinnemann brings out all the stops.  The director is able to wring tension out of the smallest moments and details as we move forward the inevitable.  How he is able to keep that sustained level of tension as an audience is well aware of the outcome is one of the magic tricks that The Day of the Jackal has up its sleeve.  The film has many more, far too many to ruin.  Some films are relics of their era.  Others are ahead of their time.  Others defy their age by sheer force of filmmaking acumen and brilliant storytelling.  The Day of the Jackal is just that, a film that adroitly pushes beyond the era it was made because of its strong filmmaking and brilliant scripting.

Arrow Video has secured a beautiful transfer from Universal that defies the norm from Universal.  I have been on record for my distaste for Universal’s over DNR-ing of their catalog titles.  All one needs to do is look at their work on Back to the Future in its initial release from Universal to understand.  They manage to wipe every piece of grain particle from their transfers.  Thankfully, this isn’t the case here.  The transfer is almost perfect in every regard.  The color, contrast and grain structure are perfectly balanced with a razor sharp transfer that feels like you’re watching a great newly struck 35mm archival print.  There isn’t a trace of scratches or blemishes on the print.  Bravo to Universal and Arrow as they’ve come up Aces on this one.

In the Marksman’s Eye is a 36-minute interview with Neil Sinyard, author of Fred Zinnemann: Films of Character and Conscience. He discusses all topics Zinnemann including the director’s career and how the Jackal was made.  Fascinating tidbits are divulged from this interview like Robert Redford was up for the role that eventually went to Edward Fox. How it came together with Zimmerman who literal found the book at a producers office and read over the weekend. Sinyard makes a comparison to Zero Dark Thirty and how the film influenced on modern hard spy craft cinema. It’s a fascinating watch.

Location Report is the first of two archival clips.  It’s essentially an abrupt 3-minute featurette that discusses the making of the film at the time. They give glimpses of the actor who played de Gaulle and behind the scenes footage of show the final moments from the parade.

Zimmerman interview is the second of the two archival clips.  This too is also an abrupt 3-minute behind the scenes clip but this one an interview with Zimmerman speaking French. The director talks about his choice to cast Edward Fox and how Zimmerman went to school in France. We also get small glimpses of Zimmerman at work.

Not to be slept on is the inclusion of the Kenneth Ross screenplay. A fascinating document that can be accessed on your Desktop or Laptop with a BD-Drive.

Rounding out the special features is the original theatrical trailer.

The Day of the Jackal is a classic.  Arrow has created a can’t miss edition with a great transfer, and extras for an amazing film.  HIGHEST POSSIBLE RECOMMENDATION.

1 comment on “Blu-Ray Review: Arrow Video’s The Day of the Jackal (Collector’s Edition)”