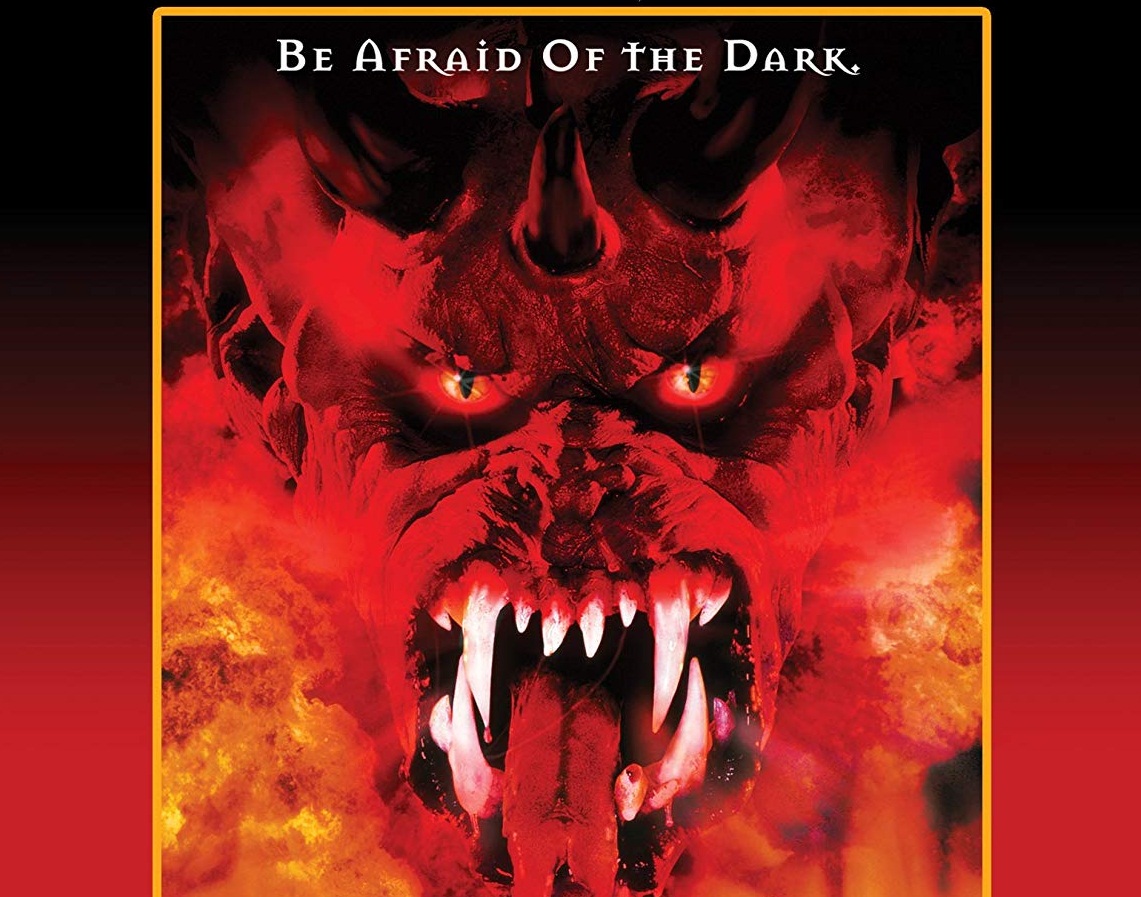 Adam discovers an awesome Michael Rooker performance (is there any other kind) in Bram Stoker’s Shadowbuilder.  Released in a new loaded Blu-Ray from the fine folks at MVD under their Rewind Collection label.

A corrupt Catholic Bishop summons the devil (I’m using a little ‘D’ because it doesn’t seem like the legit Prince of Darkness).  Catholic good guy Father Vassey (Michael Rooker) is too late as they’ve summoned the devil.  Though it’s not for lack of Vassey trying as he manages to kill all the devil worshiping a-holes like the badass he is.  This leads Vassey on the hunt to find “the chosen one” aka the one who will cause the end of days.  That chosen one is a ten-year old that must be protected with the help of his Aunt Jennifer (Leslie Hope) and her new boyfriend the Town Sheriff (Shawn Thompson).

This film has everything a low budget horror fan could want.; a town turning on its heroes, demon dogs, a very 90’s monologuing devil, a Tony Todd cameo, a VFX looks like it was done via an Instagram Filter.  Dixon and company manage to create a compact film that works because of how quickly it moves.  One doesn’t have much time to question anything before the next set piece or story beat plays out.  Instagram Filters joking aside the FX work is done with an artfulness that comes from years of working knowledge, which Dixon has.

What separates Bram Stoker’s Shadowbuilder from other direct to video low budget Canadian horror films is Michael Rooker.  Rooker as Father Vassey is the glue that holds this entire enterprise together.  You believe everything that happens and Father Vassey’s plight because of Rooker’s refusal to play the role with a wink and a nod.  The beauty in the performance is that every piece of ridiculousness they throw at Rooker, he returns nothing but gold.  The actor makes Vassey a broken man looking for redemption.  Not in some hokey way but in the same way Rooker brings it to any of his performances.  Many do not commit to the sort of seriousness that Rooker commits to herein prestige film.  It’s a thing of beauty to behold.

Bram Stoker’s Shadowbuilder is as good and fun as direct to video low budget Canadian horror film can be.  Much of its success rests on the shoulders of Michael Rooker and his lead performance.  Horror fans will not be disappointed in this undiscovered film.

MVD’s transfer of the film is definitely an uptick in quality from the original DTV source.  Having sampled both the original VHS and the DVD, the Blu-Ray’s quality is almost night and day (yes, I went there).  Sharpness, definition, black levels, grain structure all benefit from the higher definition of the format.

Making of Shadowbuilder is a great “nuts and bolts” 33-minute behind the scenes making-of documentary.  The documentary takes a look at the production of this little-known horror film.  Surprisingly, all parties involved do recall some great details about the production itself.  Of course, seeing Tony Todd show up in anything is worthy of a look-see.

Shadowbuilder: Visual Effects is a 13-minute featurette that reviews the film’s effects work.  The featurette discusses the Computer work that went into the feature and how they planned, smartly, to use the effects work.  Burgeoning genre filmmakers could take note of the lessons learned here.

Shadowbuilder: Kevin Zegers is a brief 5-minute interview with Zegers who played the Chris Hatcher the kid at the center of the film.  Zegers who’s gone onto build an impressive career since Shadowbuilder talks about his experience with making the film.

Rounding out the extras is the fabulous trailer for the film that’s one of the more 90’s thing you’ll ever see.  It’s great.

The only minor complaint is that only Spanish Subtitles had been included.  English Subs or English (SDH) would have been wonderful to include on this release.

Rooker fans rejoice!  Shadowbuilder is a prime time true blue great Rooker performance (is there any other kind though) in this Stephen King-esque adaptation of a Bram Stoker novella.