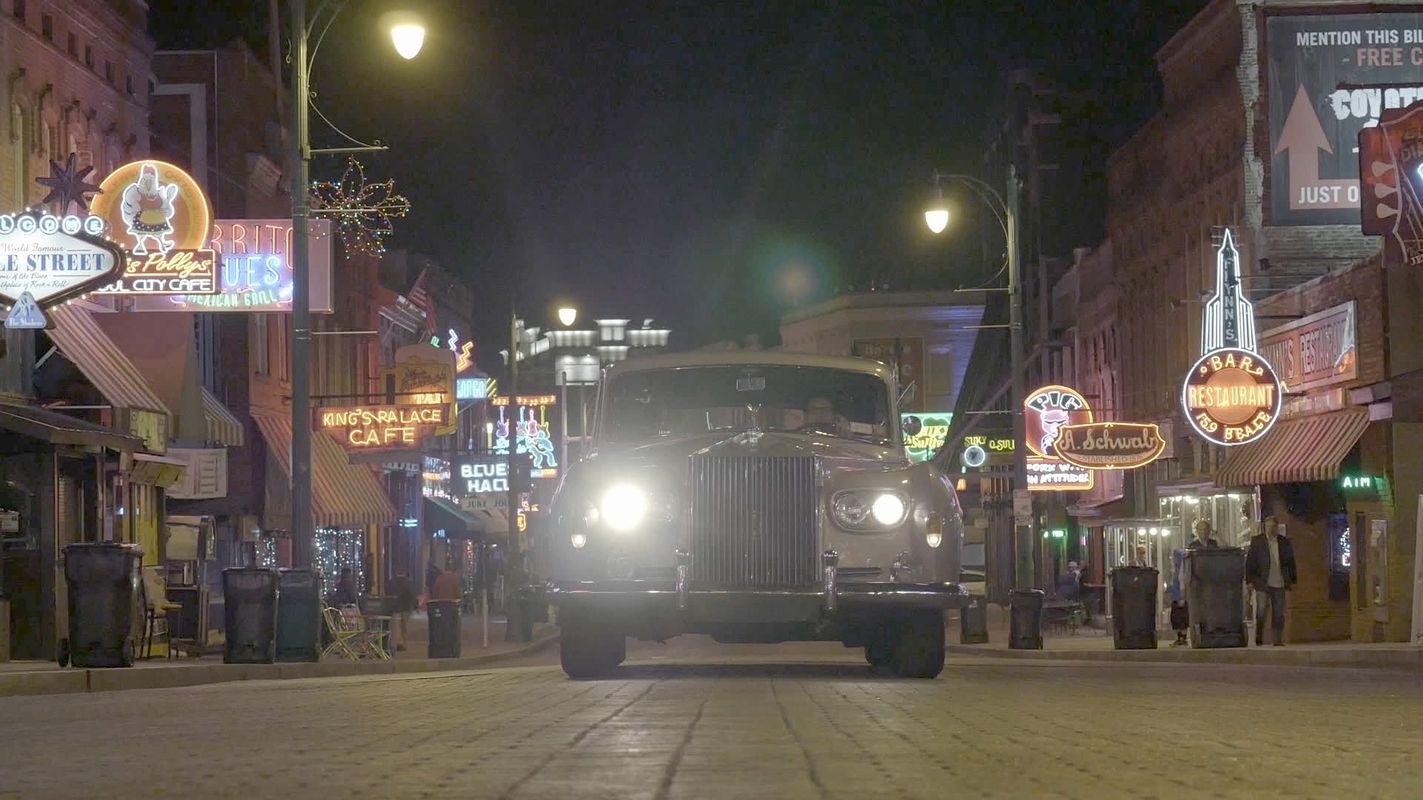 Flashy, boisterous, legendary, and attractive are some of the words used to describe the legend that is Elvis Presley. Oddly enough, the same words could be used by both American citizens and individuals worldwide to describe the “American Dream”.

But much like Elvis and the “American Dream”, are these first impressions and images of splendor and extravagance just a facade hiding the true state of things within our country and abroad? Eugene Jarecki’s The King would suggest just that.  His film warns audiences of how like the doomed heroes of Greek and Roman tragedies, we are flying too close to the sun, and someday might crash and burn just like Elvis.

The heart of this nearly two-hour documentary aims to relate the rise and downfall of Elvis within the current political, economic, vocational, and the racial climate of the United States of America and the ‘American Dream’. Although Jarecki’s approach to the topics is respectable and to a degree successful, the connection is slow to start.

While the historical footage, nostalgic score, and vast range of interviews (from the likes of Alec Baldwin, Ashton Kutcher, James Carvell, Emmylou Harris, Ethan Hawke, Dan Rather, and members of the general public) grab hold of the viewer both in an informative and entertaining way, the film is still rather dense for a casual screening.  This is due to the sheer amount of information explored and covered throughout the course of the film. While it is good to have all the bases covered, sometimes it is wise to wait on first and second.

This is not a film to simply sit back and enjoy, as it is more one that will require the viewer’s full attention and critical-thinking skills. If not prepared for that commitment beforehand, some might find the film to be more of a lecture than the potential spectacle they would expect when discussing the King.

If one is to take anything away from the film, it is the questions that will form during the course of the screening. Will we as a nation overdose like the King on a binge of capitalism and self service instead of extending a hand to those who need it? Have we misinterpreted the ‘American Dream’ and did Elvis’s death (both financial and physical) warn us of what that dream really means? Who knows?

Although The King will appeal to many audience members, the film’s ideology and approach to the topics of Elvis and the USA might leave viewers feeling indifferent after leaving the theater. It’s not dull by any means and will excite certain intellectual audiences over those looking for a Friday night popcorn flick.

0 comments on “Film Review: The King”