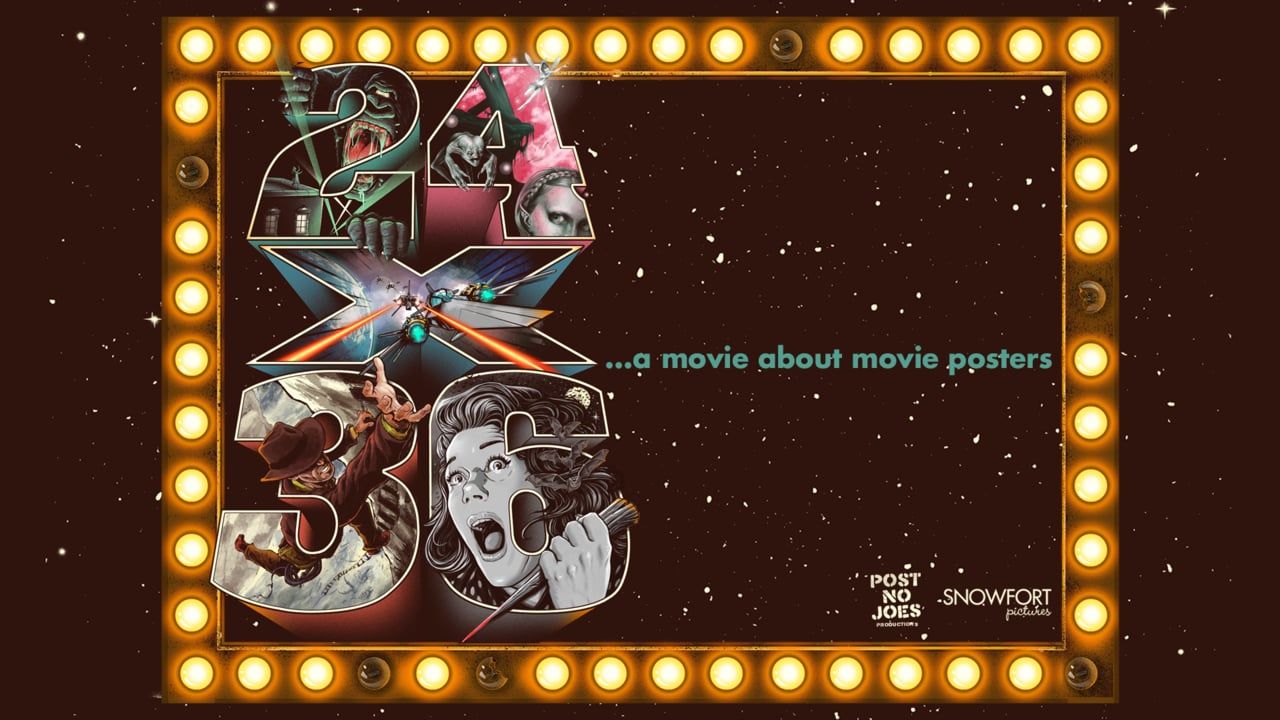 Adam reviews the documentary about the art, artifice, business, and collecting of Movie Posters; 24 x 36 A Movie About Movie Posters.

The long titled 24 x 36: A Movie About Movie Posters is a fun, but slight documentary about the recent (well, in the last five to seven years) rise of the limited run illustrated movie poster.  Director Kevin Burke molds his footage into a breezy 82-minute feature introduction into this specific sub-culture.  Done with motion effects and fun interviews with fascinating “characters” of said sub-culture it’s easily digestible and it’s form will be familiar to those that love these types of info-documentaries.

Many a film fan will be familiar with the Poster Craze if they’ve heard of Mondo Tee’s.  What many may not understand is the various if’s, how’s, and why’s of this particular collecting culture.   Which must be said is different, and the movie illustrates this, than collecting vintage Movie Posters.  Burke with his film attempts to dissect this craze.  By speaking with the artists, companies, and collectors the film gives a well-rounded view of illustrated Movie Poster culture.  As an entry point to this phenomenon it fulfills all the requires one would need.

One does wish that Burke and Company had explored the more negative aspects of these “limited run” screen printed posters.  The film does discuss this aspect but not in the detail one would have wished.  A cursory review on this topic finds a wealth of interesting topics like the rise of counterfeiting and other gray market issues that always rise out of a money making subculture.  As it stands 24 x 36: A Movie About Movie Posters is a highly entertaining albeit slight documentary.

The film is handsomely reproduced transfer on DVD.

The DVD come with 30-minutes of additional interviews

24 x 36: A Movie About Movie Posters is a fun 82-minute doc worth looking into if one isn’t familiar with the Illustrated Movie Poster movement.  Those already familiar may find it lacking as it does not delve deep enough into the topic itself.