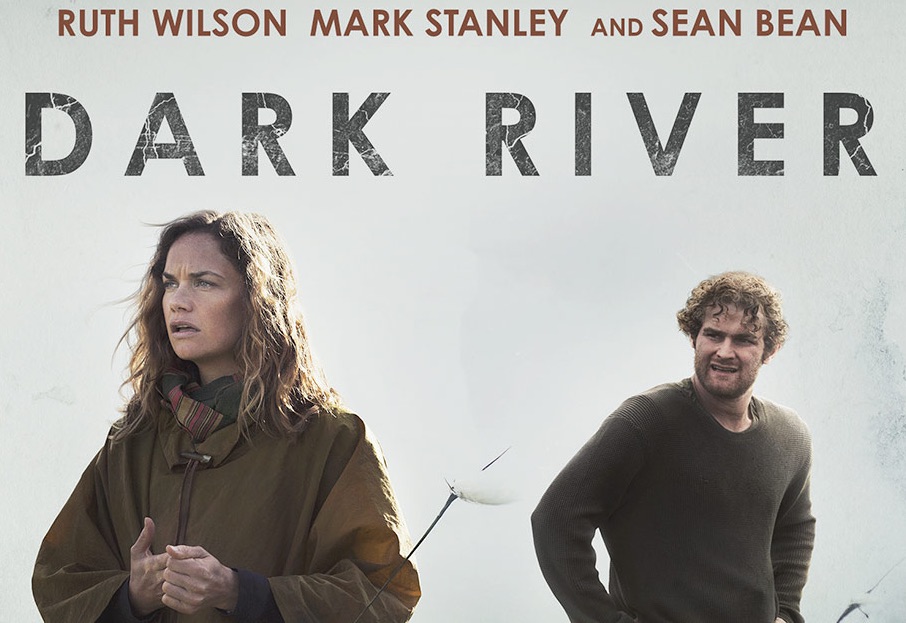 Clio Barnard is one of Britain’s most distinctive contemporary filmmakers, and Marie spent some quality time with her latest release.

A film set in Yorkshire wouldn’t be right without the legend that is Sean Bean showing his face at some point. Dark River, directed by Clio Barnard, is no exception – although his occasional appearances cast an uneasy shadow over events.

Alice (Ruth Wilson) returns to the family farm to claim her legacy on hearing of the death of her father. There she encounters her brother Joe (Mark Stanley) – but it is not a reunion of close siblings. While struggling with their individual demons, Alice and Joe each try to salvage what they can of the farm, their lives, and their relationship. Given the trauma experienced, it’s not an easy task.

The Yorkshire landscape is both beautiful and intimidating; the atmosphere is one of oppression and isolation. One of the first comments Alice makes when she returns is that she wants to take control of the farm and get it back to how it used to be when her mother and grandmother used to run it. But returning home also allows her to attempt to take control of her life and her body again now that her father is gone.

Throughout the narrative, Alice is the one trying to steer both the land and her life back to a steady course (hampered by some uncomfortable flashbacks) while her brother Joe is careering into a spiral of despair, with the farmhouse overrun with vermin, the building in a state of disrepair, and an excess of alcohol addling his mind and body. Conflict is inevitable.

What drives these two siblings to act as they do, both individually and with (or perhaps against) each other has its roots in their childhood, and we gradually learn what this means for each of them without grand exposition. The dialogue is sparse, but the strained link between brother and sister is conveyed beautifully by the performances of both Ruth Wilson and Mark Stanley. There’s a particularly stunning scene towards the end which is totally dialogue-free but in which we learn everything we need to by just a gently raised eyebrow or a weak smile.

Scenes between Alice as a teenager (played by Esme Creed-Miles) and her father Richard (Sean Bean) are sensitively handled but nonetheless distressing. We learn what we need to know and are left to imagine the rest.

And so while this is not a pleasant Sunday afternoon watch, it is definitely recommended as a study of how memory and trauma intertwine, how actions have a long legacy even after we’re gone, and how individuals cope with disturbing situations.

Dark River is available on DVD and Blu-Ray from 25thJune