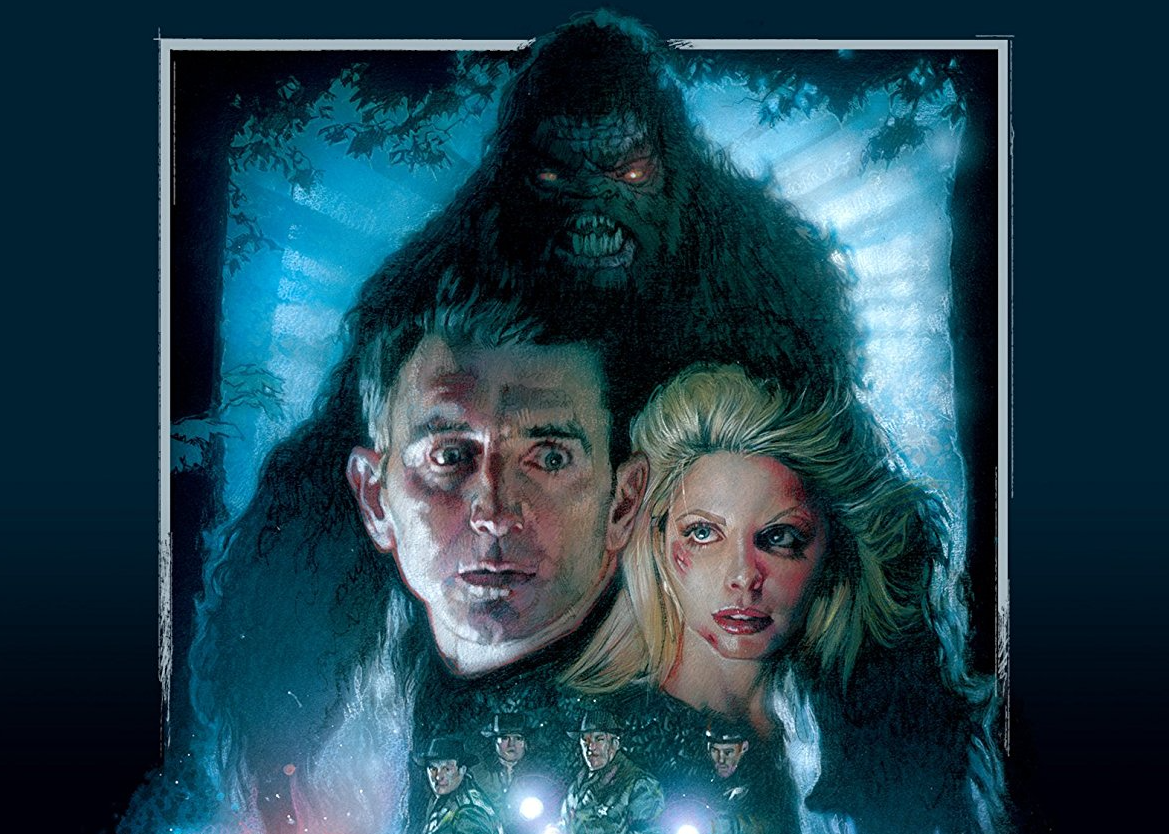 It has become a rare event when a filmmaker decides to reference and homage cinema beyond 1977.  Abominable the 2005 horror film written by Ryan Schifrin is just that kind of film. Combining his love of monster movies and Hitchcock’s Rear Window, the writer/director has concocted an inventive fun horror film that does not feel as locked its singular primary location as one would expect.

Preston (Matt McCoy) at the urging of his doctor has taken a trip to the site of the mountain climbing accident that killed his wife and left him paralyzed.  Dealing with the emotional fallout of this first trip back, his terrible male Nurse (Christien Tinsley) is only the beginning.  Preston begins to witness a creature preying upon a group of young women on a weekend getaway.  No matter what Preston does, be it call the police, call the young women or warn Otis, the nurse, no one will believe what he sees.  Armed with his keen wit Preston takes on the monster himself.

Schifrin has created a smartly made film that makes maximum use of its limited budget.  By creating a film that is locked into two primary locations the budget is allowed to be used on the important things in a horror film which is the monster itself.  At a time where CGI was getting cheaper and cheaper, they opted to smartly go retro and use a Man-in-Suit.  The results are wonderfully tactile and avoid the trends that would have badly dated the film.  The monster design itself is pure schlock circa 1950, but with a beautiful Rick Baker-esquespin on it.

Much of the enjoyment of Abominable is how Schifrin is able to use McCoy throughout the film as a crediblehero and threat to the Monster.  Never does he relyon others to fight Preston’s ultimate fight. Rather both Schifrin and McCoy respect the plight and their hero and each through their respective parts of the production push for something beyond.  Few horror films, less Silver Bullet, find a way to truly integrate a character with a disability not as “cannon fodder” but as a crediblelead. This makes Abominable not just special in terms of horror but in Filmin general.

This Brand-New 2K High-Definition transfer from the original camera negative isn’t just a new transfer but a new color correction that after viewing the original ’05 version is an upgrade in every sense of the word. The contrast and black levels show a wider range on this new scan.  Detail and sharpness are doubly so.  Everything about the transfer is an improvement on what was initially released and I’m betting even better than the Festival and Theatrical presentations. MVD and Ryan Schifrin have every right to be proud of this transfer as it gives this film a worthy version properly presented.

From MVD’s Rewind Collection “Originally shot on 35mm, Abominable makes it HD debut featuring a brand new high definition transfer from the original camera negative and an ALL-NEW cut of the film with improved CGI-effects overseen by Director Ryan Schifrin and Editor Chris Conlee with enhanced color timing and correction…”

That being said this is a case that the version you want to watch is the updated 2018 version, notthe 2005 version.  The 2018is the slightest bit sharper in its editing and effects.  Though it’s great to have the 2005 version presented here, it’s definitely for archival purposes. The 2018’s tweaks to the Editing and the CG FX actually enhance the film for the better.

One will definitely want to play the introduction by writer/director Ryan Schifrin as it’s a 5-minute discussion of how the 2018 version came to be and the necessity of the “recutting”, color correction, and new CG Effects.  It’s the best Introduction I’ve ever seen from a Director as Schifrin discussion actually matters.

The Commentary by Schifrin, Matt McCoy, and Jeffrey Combs is a greatcombination of production anecdotes and technical details.  Having McCoy and Combs present gives the proceeds a more conversational tone that makes it’s a delight to listen to.

Back to Genre: Making ABOMINABLE is a great 37-minute behind-the-scenes making-ofdocumentary that comes from the original release of Abominable.  The featurette has that sort attention to detail that many of the mid-aught DVD specialfeatures too.  It’s comprehensive in a way that many documentaries aren’t now.

The Deleted and Extended Scenes & Outtakes and Bloopers sections are nothing to write home about as the delete/extended scenes should have been cut and the outtakes and bloopers are your typicalof this type of feature (many just flubs and breaks into laughter).

Basil & Mobius: No Rest For The Wicked is a 201116-minute short that Schifrin directed with ZacharyLevi, Ray Park, Malcolm McDowell, and Kane Hodder.  The short is based onthe graphic novel of the same name and definitely feels like a calling card. A fun short film all the same.

Mentioned previously, MVD wisely chose to include the 2005 version of Abominable with this disc.  Before you get up in arms about it being SD/DVD version, watch the Intro for more details on the reason why this is.  Trust me, you won’t be mad.

Abominable is low budget horror at its very best and most inventive. Schifrin makes the most out of his limited resources creating a truly surprising and fun monster movie.  MVD’s Rewind Collection can strike another hash mark in the Win column. They’ve quickly becomeone of the Du Jour Labels for fans of B andCult movies.  HIGHEST POSSIBLE RECOMMENDATIONS!!!!