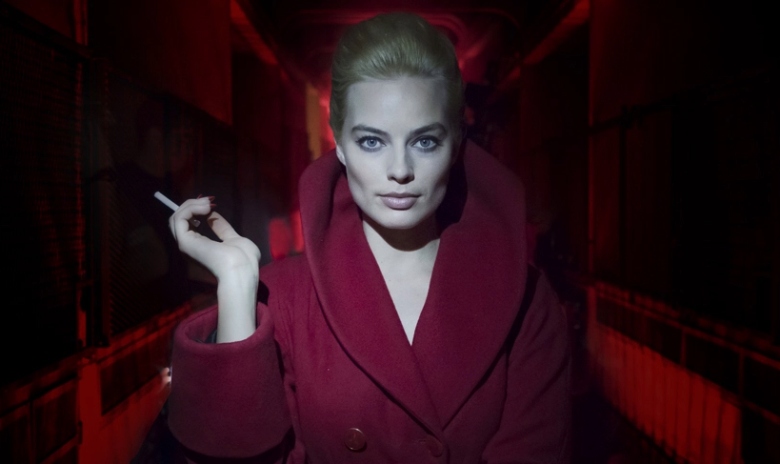 Neo-Noir Emphasizes Style Over Substance and the Style Wears Thin

Terminal, the new film from writer/director Vaughan Stein, has the necessary ingredients for an interesting neo-noir:  two assassins lying in wait for an unidentified target, a teacher suffering from a mysterious illness (Simon Pegg) and a beautiful femme fatale (Margot Robbie) who knows far more than she is letting on. Unfortunately, these elements never sufficiently congeal into a coherent whole, making the film a forgettable misfire.

As with far too many crime films in a post-Pulp Fiction/Memento world, Terminal flashes back, forward and sideways with reckless abandon. Its 95 minutes has more shifts in time frame than Season 3 of Lost. In one scene, I think there was a flashback inside the flashback, but I may have simply gotten confused. Aside from spackling over some plotholes, the ever-shifting narrative serves no discernible purpose.

Terminal is certainly pretty to look at, but the meticulous lighting and cinematography are mostly pointless. At every moment, the screen is drenched in primary colors. The corners of the frame glow with vivid splashes of red, blue, green and yellow. But, to what end? It gives the proceedings an otherworldly sheen, but noir thrillers thrive in the grit and grime of reality, not in the technicolor cityscapes on display in Terminal.  The film will make the most of your 4K television, but the candy-colored visuals grow tiresome. As my father-in-law says, “I like ice cream, but I wouldn’t want to eat it at every meal.”

High wattage screen presences like Margot Robbie can carry weaker material with star power to burn, but Terminal puts that assertion to the test. Robbie is in full scenery-chewing mode, but even she occasionally looks like she’s searching for a lifeline. Her extended conversation in a diner with Simon Pegg is the highlight of the film because she seems to find her mojo opposite the British actor. I can only assume that she’s playing a waitress/stripper/assassin because even in a woke #MeToo world, you can’t hire Margot Robbie without putting her in a bra and mini-skirt for at least one scene.

On the other end of the casting spectrum, Mike Myers is a distraction every moment he’s on screen as a custodian in a train station in full character make-up with prosthetic teeth and a British accent. Every one of his scenes plays like an outtake from an Austin Powers’ film. I can only assume that attaching his name to the project helped fund the film because he’s woefully miscast in the part, and his scenes create jarring shifts in tone.

Every Friday sees the VOD release of lesser films from big-name stars. Some are interesting experiments that justify viewers spending six or seven bucks and a 100 minutes of their time on them. Others are head-scratchers that make you think “What the hell happened to that film?” Unfortunately, Terminal fits in the latter category. If you’re a Margot Robbie or Simon Pegg completist, you won’t be able to resist judging this film for yourself. Just remember:  You’ve been warned.