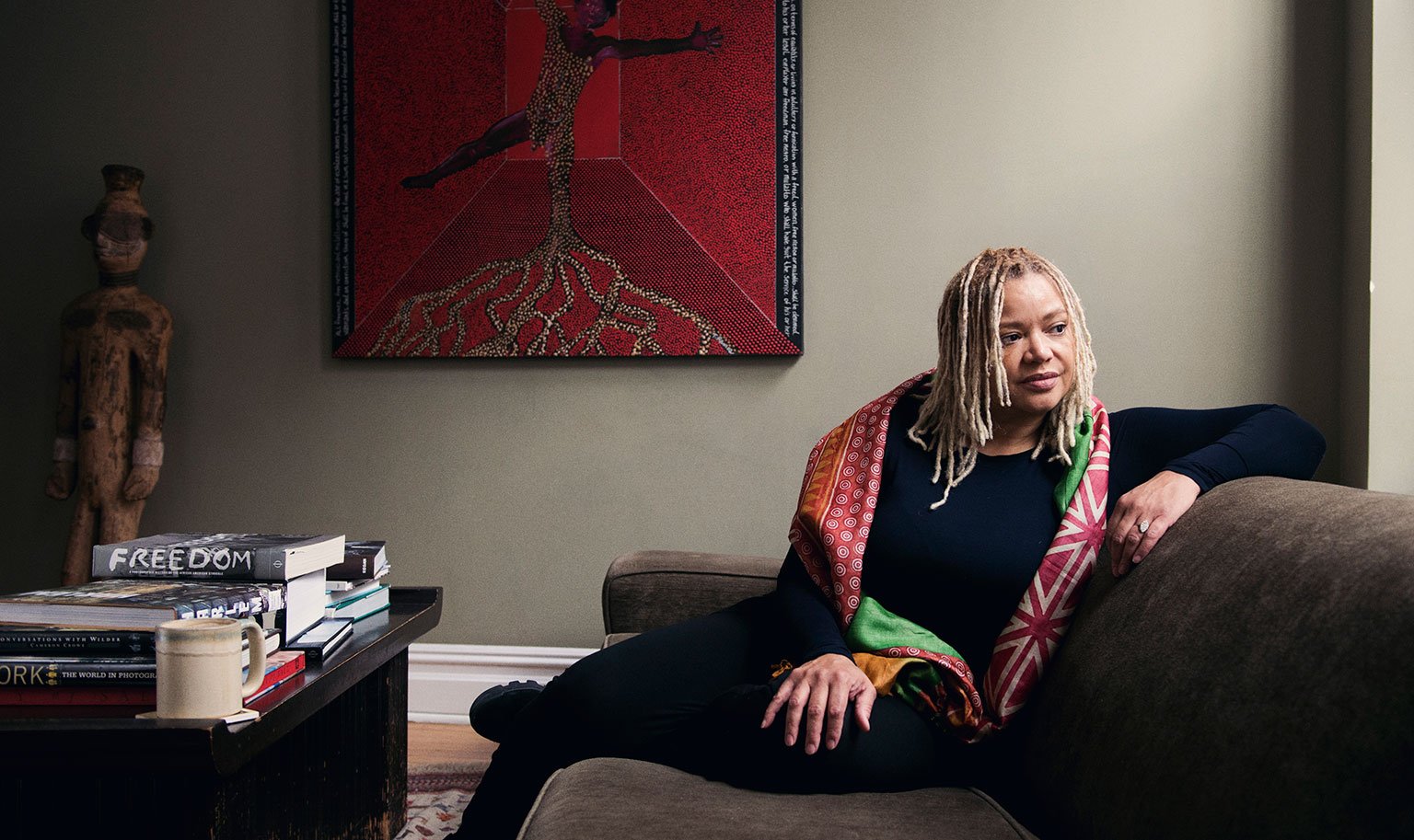 I started this column with the hope of answering this question: “Whatever happened to [insert person’s name]?” In my first piece that question was answered by examining the misogynistic history inherent in the word “difficult” and how that derailed the promising career of actress Linda Fiorentino. With African-American director Kasi Lemmons, though, the answer is different. Lemmons has never gone away, it’s that her films aren’t being marketed to mass audiences, and that’s a shame because Lemmons is a vital voice in the ultra-marginalized world of black female directors.

Having directed only four features over a twenty-year period, it’s unclear whether Lemmons is just ultra methodical in how she develops her projects or whether Hollywood has just taken its sweet time giving her the funds to tell her stories. Lemmons is a storyteller, and while critics derogatorily describe her work as “heavy handed,” there’s no doubt she’s catering to a black audience in a way that’s bold, brash, and uncompromising.

Lemmons made her directorial debut in 1997 with Eve’s Bayou. The story, of which she’s also credited as screenwriter, is a twisted tale of memory, magic, and regret involving a young girl named Eve (Jurnee Smollett) growing up in 1962 Louisiana. With Eve’s Bayou, Lemmons weaves a narrative that feels ripped from the pages of Southern gothic writers like William Faulkner, as well as African-American writer Zora Neale Hurston. Eve’s relationship with her aunt Mozelle (phenomenally played by Debbi Morgan) opens the narrative up to magical realism and the arrival of voodoo. It’s swampy setting, built from the relationship between a slave – another “Eve,” though this one filled with symbolism associated with the Bible – and a slave owner, gives off the sense of isolation, a land out of time.

It’s hard to call Lemmons an auteur with a limited body of work, but her mark is easily felt on all four of her features (and this doesn’t include her continual casting of husband Vondie Curtis-Hall). The relationship between Eve and her flawed father, Louis (Samuel L. Jackson) illustrates Lemmons’ interests in fathers and daughters, a theme she’d continue to utilize as B-plots in future features like The Caveman’s Valentine and Black Nativity. Eve’s Bayou also demonstrates her talents as a woman interested in hearkening back to the history of black people in America, as well as challenging how black characters are perceived in media. The usage of magical realism, and the sins of the past’s bearing on future generations asks questions that, in 1995, weren’t being shown in black cinema. Later features, such as the aforementioned Black Nativity, would also explore systemic racism alongside black cultural history.

Eve’s Bayou is the story of memory, and for a first feature film it’s an engaging sit that proved Lemmons was more than capable of telling a story audiences’ hadn’t seen before. Released in November of 1997, Eve’s Bayou received critical praise and is considered by many a landmark feature in both African-American cinema as well as representing the best of female filmmakers. Lemmons did mention that the finished product was heavily revised from her original script, excising plot material and a whole character which could explain her hesitancy towards jumping back into cinema after the success of her debut.

It took four years before audiences’ would see Lemmons behind the camera again, for a feature that felt like something totally different from Eve’s Bayou.

In 2001 Lemmons worked alongside screenwriter George Dawes Green for her follow-up, The Caveman’s Valentine. The film was an adaptation of Dawes Green’s novel about a mentally disturbed man (played by Eve’s Bayou alum Samuel L. Jackson) who stumbles upon a murder. Part of what makes The Caveman’s Valentine a misfire is Lemmons’ interest in the story doesn’t gel with Dawes Green’s script. Romulus’ involvement in a murder and the gay art world hopes to capture the attention of audiences’ who enjoyed other African-American-led murder mysteries such as 1997’s Kiss the Girls and 1999’s The Bone Collector. Lemmons’ voice shines clearest when she’s showing us who Jackson’s character, a piano composer named Romulus, is. Lemmons is a highly visual director.

Where in Eve’s Bayou she showed prophecies and fragmented memories, here she puts the audience in the frenetic, crazed mind of Romulus. The stark black and white palette she utilized in Eve’s Bayou remains, but here there’s an air of Jonathan Demme’s Silence of the Lambs in Romulus’ “moth seraphs.” On top of that the film looks at Romulus’ tension-filled relationship with his cop daughter, Lulu (Aunjanue Ellis). But, in the end, The Caveman’s Valentine was marketed as a suspense thriller and audiences’ weren’t pleased. There wasn’t enough suspense to please mystery buffs and too little of Lemmons’ familial drama for fans who followed her previously.

Six years passed and Lemmons released her third directing effect with the 2007 radio biopic Talk to Me about Washington D.C. DJ Petey Greene (Don Cheadle). Talk to Me is Lemmons’ most high profile film, with a cast that doesn’t just include Cheadle but also Chiewetel Ejiofor and Taraji P. Henson, but it also received a significant amount of praise from audiences and critics. Pundits cited Don Cheadle’s performance as Greene to be Oscar worthy (which it most certainly is). Talk to Me is also Lemmons’ at her most mainstream. Gone are the black and white arthouse sequences, as well as the subtext on memory and history. Where history was connected to several generations in Eve’s Bayou, in Talk to Me it’s simply the film’s 1960s setting. The film does touch on the history of African-Americans, but it approaches it in a more populist fashion, examining Petey’s crass, overt critique of white people’s treatment of black people through the contrast of Ejiofor’s compliant radio figure, Dewey Hughes. It does have a message, but it doesn’t feel personal in comparison to Lemmons’ past work. Despite criticisms against the film’s liberal use of facts, Talk to Me received healthy praise, but floundered at the box office due to weak marketing.

Another six years would pass before Lemmons’ next film – and to this date last. Black Nativity, in many ways, was a return to form for Lemmons. The story follows a young man as he strives to do right by his mother as Langston Hughes’ poem “Black Nativity” plays out. Similar to Eve’s Bayou there’s a deep-rooted connection to black history, in this case Hughes and the Harlem Renaissance; Lemmons returns to directing and writing the feature; there’s an emphasis on fathers and daughters with the fractured relationship between Jennifer Hudson’s character and her father, played by Forest Whitaker. The film’s musical conceit holds promise, but like The Caveman’s Valentine, there’s not enough music for fans of the genre. Like Lemmons’ previous two features, the film was castigated by critics for being “heavy-handed,” though it’s subtler in contrast to works like The Caveman’s Valentine and Eve’s Bayou, possibly because it’s catering to faith-based audiences.

But unlike the other features before it, Black Nativity enters a black filmic landscape that had changed drastically since 1997. African-American films are a genre all their own, with enhanced marketing potential, and though Black Nativity failed to recoup its budget the advertising of it was diverse and rampant. It’s the perfect example of Lemmons’ style finally finding a way to connect with audiences.

Five years has passed and Lemmons hasn’t directed since outside of an episode of the television drama Shots Fired. With the rise of Black Panther and other black female filmmakers like Ava Duvernay and Dee Rees, it’s time to give Kasi Lemmons her due.