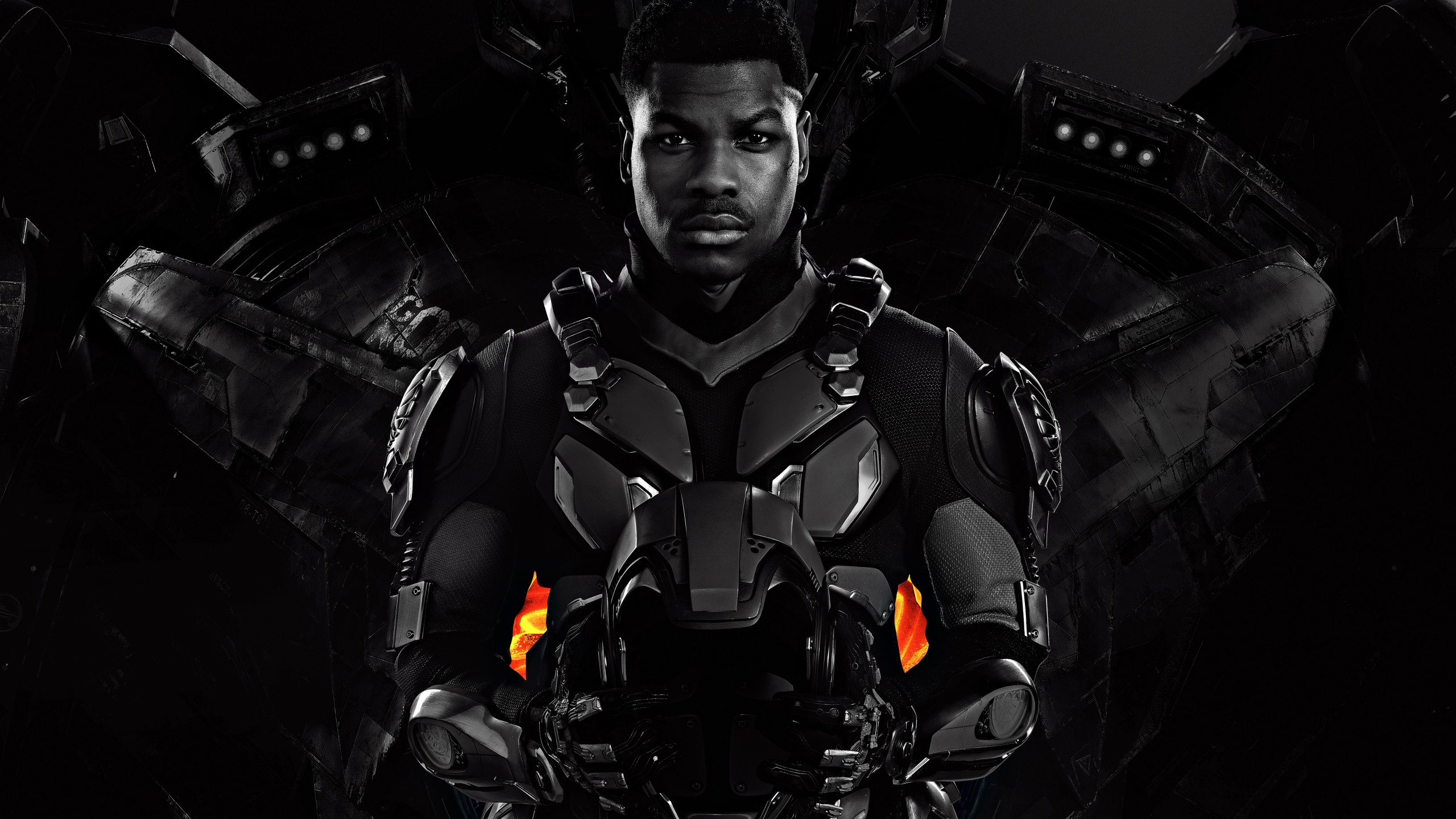 Adam reviews the sequel to the 2014 Guillermo del Toro’s Kaiju versus Giant Robots original, Pacific Rim: Uprising.  The film trades up in its lead John Boyega but is the actor’s charisma filled performance enough?

John Boyega is a star.  Let us be clear about this.  If there was any sort of confusion or even a discussion about the young actor’s status.  Pacific Rim: Uprising makes that statement loud and clear.  Without Boyega’s star power turned up to 11 (yes, that’s the This is Spinal Tap 11) the film is your not-so-great standard issue sci-fi sequel (with Scott Eastwood).

The story picks up 10 years after the events of the first film as described by Jake Pentecost (Boyega) it’s been a long since the last Kaiju attack and its “party time”.  More concerned with partying and trading in the black market than the Legacy, the L has to be capitalized as we’re talking about the son of Idris Elba, his father has left behind.  No quicker than you can say “double-crossing dealings” is Jake recruited by his sister Mako Mori (Rinko Kikuchi in a tiny-tiny cameo) back into the service.  This time it’s not about stopping the apocalypse, it’s about training noobs, and well… yes, yes, stopping the apocalypse (again).

Part of the delight of the original was seeing Guillermo del Toro’s vision unleashed on a $200 million-dollar budget.  Without a visualist like del Toro at the helm, everything seems perfunctory.  Director Steven S. DeKnight does an admirable job.  The action scenes are clean and fun.  The visual “oomph” that was brought by del Toro is missing.  The scenes of Jaegers fighting Kaiju seem standard issue.  The scale, lighting, color palette seems to have been changed for less technicolor and more of a flat approach.  Pacific Rim was always an excuse to hang beautiful imaginative imagery on a giant IMAX screen in three dimensions.  Taking that visual lushness away from the proceedings you are left with what feels like ostensively a pilot to a really expensive TV show.

The script attempts to put together a cleverly ingenious plot but comes across as taped and stapled together.  The Kaiju’s endgame and how they approach it is truly fun.  Though the script never finds a way to cohesively make it work as a part of the entire film.  When the big reveal does happen, it feels more perfunctory than the shock the filmmakers were going for.

Despite these critical issues, Pacific Rim: Uprising ultimately works, albeit very unsteadily.  The sole reason is the work done by John Boyega.  Jake as written works to Boyega’s strengths as a performer.  The role allows him to be charming, funny and strong in a way that we haven’t seen him before.  If Pacific Rim: Uprising is anything more than mindless shabby entertainment it is the moment that John Boyega proved that he could carry a film and he began to ascend to Super Stardom.