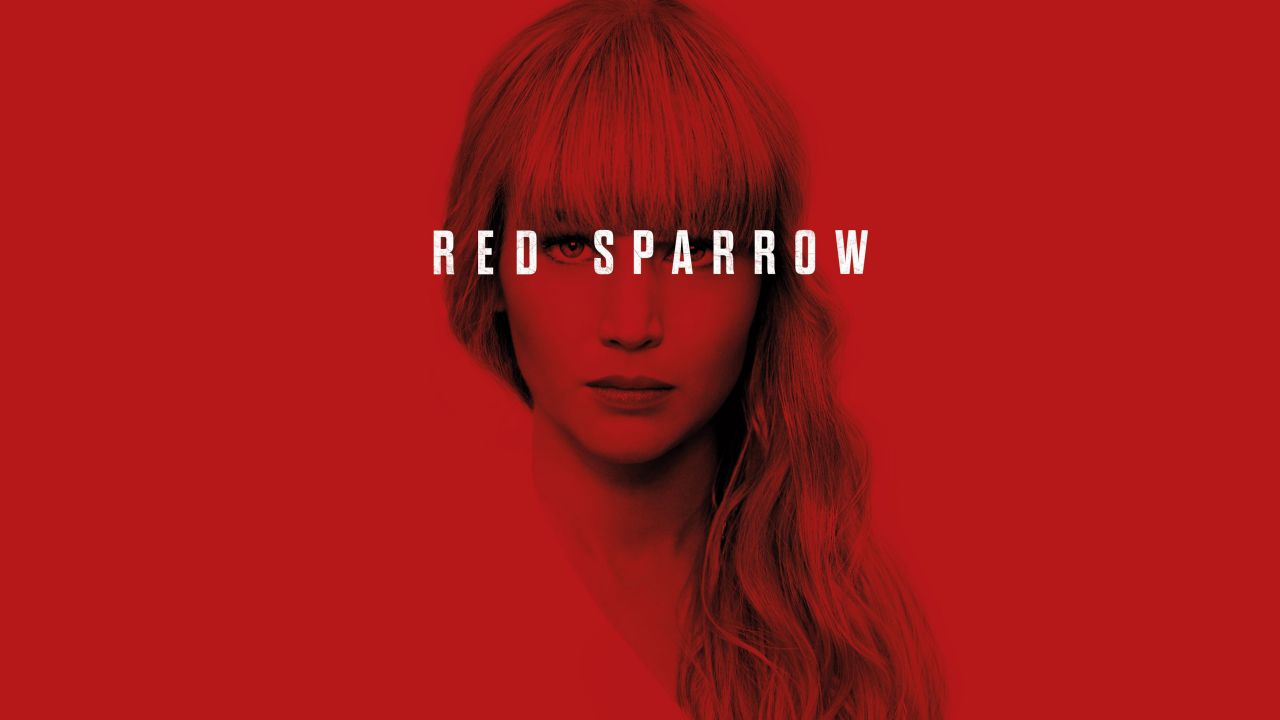 Marie was lucky enough to get a sneak preview of Jennifer Lawrence’s latest film Red Sparrow, and was in for a bit of a surprise.

In Jennifer Lawrence’s fourth collaboration with director Francis Lawrence (previously having worked together on three of the Hunger Games films), Lawrence plays Dominika Egorova – a highly talented Russian ballet dancer who also cares for her sick mother. But her career is cut short by a terrible injury, and her Uncle Vanya (Matthias Schoenaerts) offers to help her find a new way to make a living. Trouble is, Uncle Vanya works for a Russian secret intelligence service and has manipulated her into training as a spy. With no obvious way of backing out safely, Dominika must work out how to use the situation to her own advantage – if that is even possible.

We follow Dominika through a perverse and sadistic training regime (“whore-school”, as she calls it) until she is ready for her first mission, which brings her into contact with American agent Nate Nash (Joel Edgerton). From that point on, the narrative takes so many twists and turns that it’s impossible to discuss without spoilers, but those twists really keep the audience on its toes so that although we know what’s going on, we’re never quite sure why, which side everyone is on, and who to trust. It’s very well done.

Those who wondered if this was the origin story that Marvel’s Black Widow should have had will discover that not to be the case at all. The violence and attacks are much more brutal than anything in a Marvel film. A couple of times this reviewer had to look away as something too gruesome was on screen. It’s clear that, when she’s in control of the situation, Dominika can take care of herself. But there are times when she appears to be the victim of violence, particularly sexual violence, for little reason at all and these parts made for more uncomfortable viewing.

However Jennifer Lawrence acquits herself well while showing an unnecessary amount of side-boob, and this time her ‘romantic’ interest (Edgerton) is only 16 years her senior. One day she’ll be paired with someone nearer her own age.

Joel Edgerton himself does a good job as the CIA agent, but he has little to work with really. And the Russian trio of Zakharov (Ciarán Hinds), Korchnoi (Jeremy Irons) and Egorov (Matthias Schoenaerts) ham it up nicely in the corridors of power, with Schoenaerts in particular serving up his character with a side order of chilling, sleazy malevolence throughout.

Special mention to a small but key role played by Mary-Louise Parker who turns up and steals the show with her two scenes.

And so despite some of the strong violence, I had a much better time watching this than I had any right to expect, although its 2 hour 19 minute runtime could definitely have used a little edit here and there. There were certainly enough cutting tools on screen to have helped out in that department.

Red Sparrow is in theaters on March 2nd.