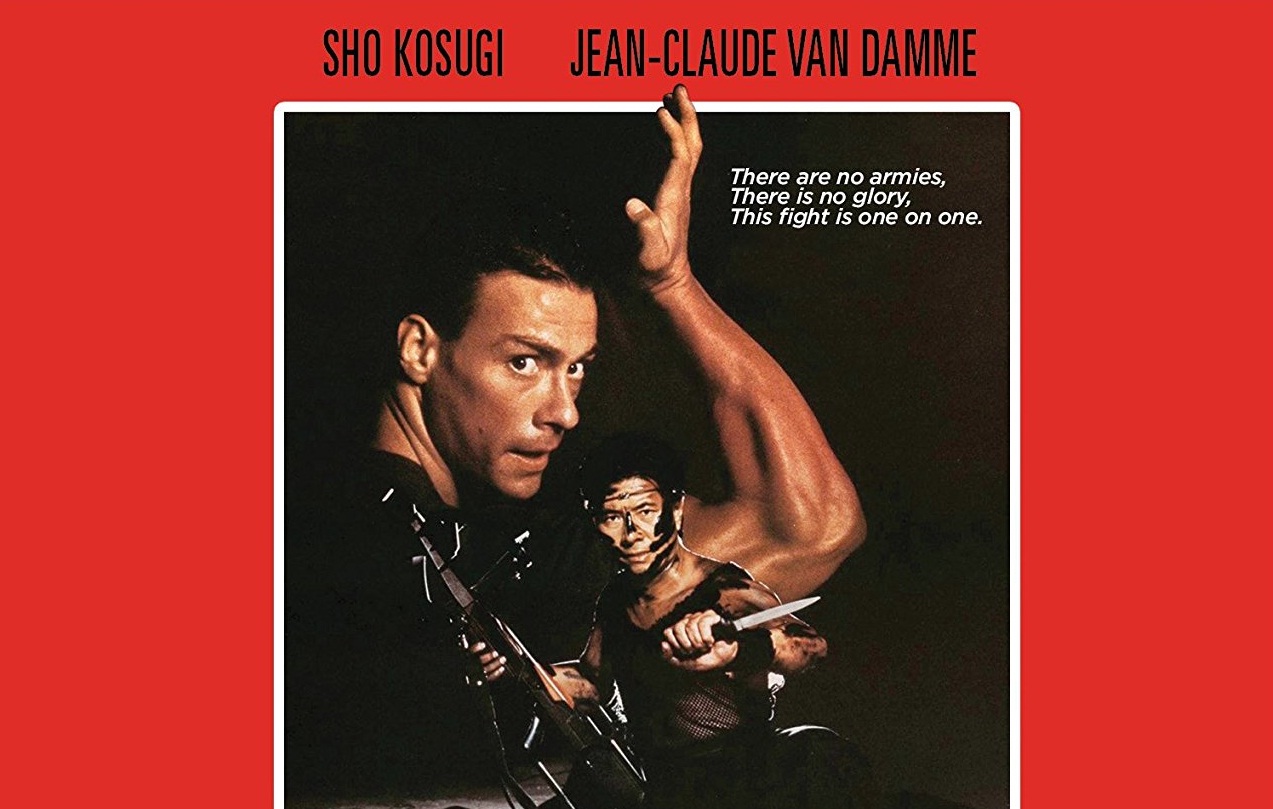 I still remember the disappointment when first seeing Black Eagle.  Not disappointment in quality but that Jean-Claude Van Damme was in it all of ten minutes.  To add insult to injury he was the villain’s lackey, not even the main villain.  With thirty years on Black Eagle has actually aged better than other films of the era.  The creators of Black Eagle really must have loved Thunderball as the film is essentially a lower budget version of the Connery-as-Bond classic.

Director Erik Carson and screenwriters Michael Gonzales and A.E. Peters have concocted a spy thriller that’s more about intrigue and spycraft that action.  Film on location in and around Malta the film makes great use of its location ensuring that most scenes are filmed for maximum “on-location” effect.  The result is a film that may be lower budgeted but often times does not feel as such.

The film puts Sho Kosugi center stage not as a Ninja (though… the third act he does some Ninja-ish stuff) but as a Super Spy ala Jason Bourne by way of Indiana Jones.  Kosugi primarily known for the lunatic Cannon produced Ninja series (the third of which may be the best gonzo-ninja-possession-exorcist-aerobics-dancing-terminator rip off of all time) does fine here though dialog is not his strongest suit.  Kosugi’s Ken Tani aka Code Name: Black Eagle is effectively blackmailed by the US Government back into action. Black Eagle’s job is to retrieve a super-secret missile laser guidance system before the Russians do.

Those pesky Russian lead by the aptly named Col. Vladimir Klimenko (Vladimir Skomarovsky) does everything in their power to thwart Black Eagles mission.  They do so by throwing many stunt men as Russians to try to kill him.  These Russian Lackies chase Black Eagle leading to some pretty great chases and action scenes in, around and atop the roofs of Malta.  All the while Klimenko’s Odd Job, Andrei (JCVD) is on the sidelines either killing those Russian Lackies for not doing their jobs or doing slips whilst throwing knives at a target (a real thing that happens in the film!). Of course, Andrei and Black Eagle will face off, multiple times, in fact, the final fight located at a dock set afire.

Part of the fun of the piece is those clichés, and the strange story choices informed by the production itself.  The additional scenes added of Black Eagle’s children trying to add “heart” to the proceedings.  Or the additional scenes filmed with Van Damme post-Bloodsport including a gratuitous butt shot.  The opening credit sequence voice-over of the radio communications of the aircraft crashing plays as Klimenko and Andrei arriving in Malta.

The clichés of Black Eagle are its badges of honor. The film is so earnest in its delivery one would have a hard time not enjoying the briskly paced B-Movie extravaganza.

The transfers for both the theatrical and extended versions look superb.  The Theatrical is slightly sharper with better grain structure, black levels, color, and contrast.  Either version that you choose to watch the viewer will definitely be shocked at the uptick in quality from their DVD editions of this title.

MVD again with their Rewind collection have gone above and beyond with the special features on this release.  With two hours of new content, one will be delighted as they’re definitely going beyond even what some of the better boutique labels are doing.  Rewind Collection’s special features though produced by MVD have a great archival quality to those special features of the Laserdisc days or the early DVD featurettes that favored basic talking head and BTS photos.  One cannot express how much fun that brings out in the features.

Rewind Collection has included both the theatrical version and an unrated extended cut of the film.  For my money, the extended cut is the way to go.  It adds a bit more character and though the 94 minute run time on the theatrical has a force to the proceedings, the extended feels like an all-around better version.  Judge for yourself with watching both!!!

Sho Kosugi: Martial Arts Legend is a twenty-one-minute featurette/interview that Kosugi discusses his interesting history as an immigrant to the US, Martial Arts Teacher, and eventual star.  The featurette is so interesting that you won’t mind Kosugi and his son Shane selling the actor’s newest venture; a series of books.

The Making of BLACK EAGLE is an exhaustive thirty five minute making-of featurette that man of the participant’s talks without filter about the film.  They never really take shots at the quality of the film but does not sugar coat the problems with the production.  One word of note, JCVD is not present on this or any featurette on the disc.  Though he’s missed much is discussed about him, it’s not a minor issue.

Tales of Jean-Claude Van Damme is a twenty-minute featurette that director Karson and others discuss the Martial Arts Star early in his career.

The Script and the Screenwriters is a twenty-seven-minute featurette where the screenwriters of the piece (primarily Karson and Michael Gonzales) dish about the troubles of the feature, screenwriting as a profession and the pratfalls that lie wherein.  It’s actually a quite honest look at screenwriting that’s as funny as it is brutally honest.  The story of how Gonzales got in with the production company is especially fun.

Deleted Scenes, Original Theatrical Trailer (SD), and Collectible Poster round out the exhaustive special features on this Blu-Ray/DVD collection.

MVD’s Rewind Collection has done Black Eagle more than justice with a great transfer, two versions of the film and a plethora of special features.  This is definitely a disc that any 80’s B-Movie Action fan will want.  Highest possible recommendations!!!!