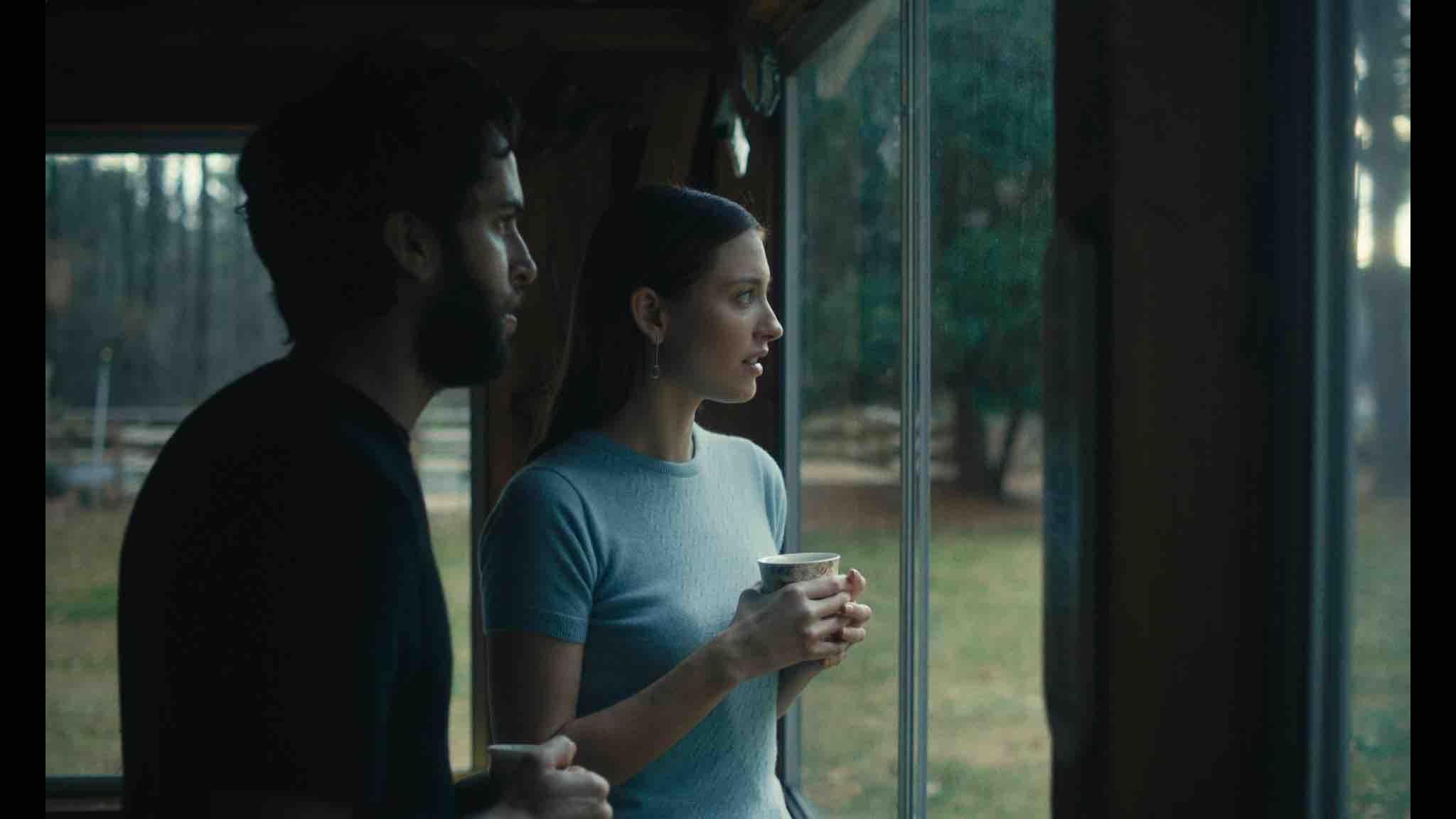 If you learn many things from watching horror films.  One of the greatest lessons is never to treat yourself and your significant other to a weekend in a cabin in the woods.

Dennis (Scott Friend) and Mia (Madeliene Morgrenweck) must have never believed terrible things could happen in a cabin in the woods. The Actor and Former Figure Skater take a trip to Dennis Family Cabin for a healing weekend.  Dennis is trying to sober up.  Mia is there to support him but to attempt to save their marriage.  Little do they know that Dennis’ brother Roger (Will Brill) has shown up.  Roger talks of spiritual clarity and healing and living off the land.  Dennis sees a scheme and Mia sees reconnections.  Little do either know that Roger’s plans are neither but altogether more sinister.

The adroit script always places the drama between Dennis, Mia, and Roger first.  Though the film effectively uses plot mechanics that come straight out of a horror film.  Rather than sidestep these moments To the Moon heads into them smartly under the guise of an addiction story.  The use of the phantasmagorical creates a film that leans heavier on the psychological family drama than it ever does horror.

Friend working with cinematographer Dan Debrey creates an effective visual style that relies on the visual language and vocabulary of horror films.  Though it effectively twists and contorts itself into darker and darker situations it never fully transitions to a horror film.  The threat of violence both physical and mental is omnipresent.  When the turn does occur, and the darker side of humanity is revealed it’s not blood splattering gore but something altogether more insipid.

By its effective and artful final moments To the Moon gives us the darkest version of healing and love between a husband and wife.

To the Moon is on out now on all digital platforms