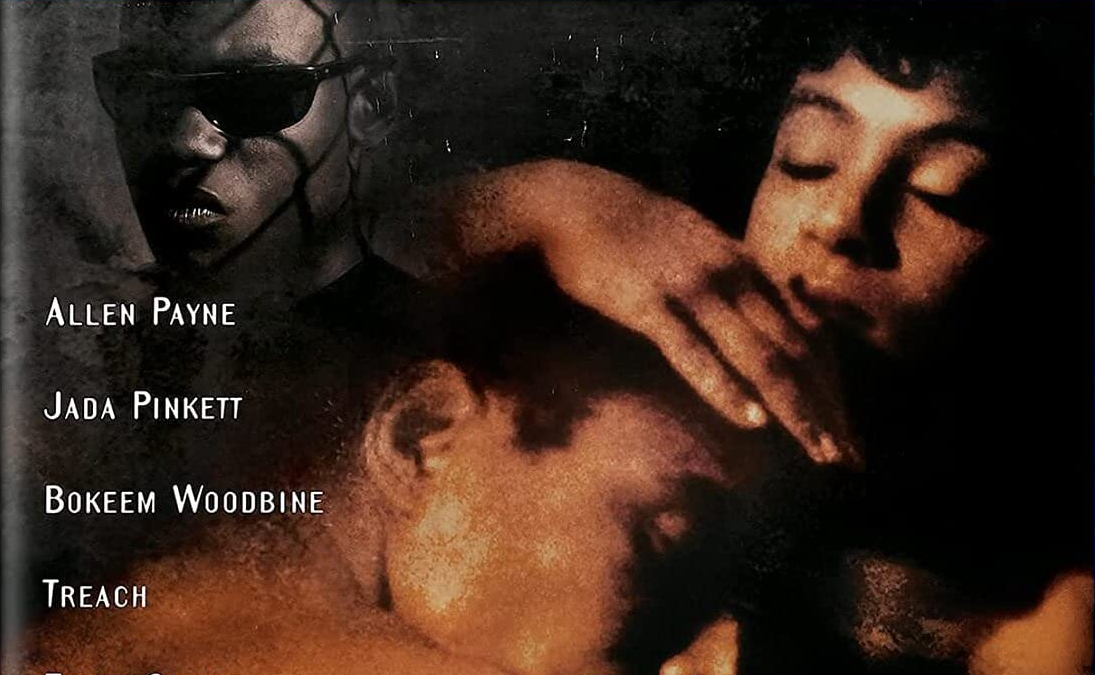 Director Doug McHenry’s debut feature Jason’s Lyric is a beautiful riff on Romeo and Juliette set in the sweltering heat of the mid-1990s Houston.  More than just an Urban Crime Thriller, the Romantic Drama speaks more to the emotional undercurrent than other films of similar ilk.

Jason (Payne) is a good man.  He wants nothing more than his family to be happy.  With his younger brother Joshua (Bokeem Woodbine) being released from prison, he thinks this is the fresh start they all need.  Though there are secrets in his family concerning his mother (Suzzanne Douglas) and his father Mad Dog (Forest Whitaker) a Vietnam Vet with PTSD.  As Joshua begins to drink and start his old ways, Jason begins a romantic relationship with Lyric (Pinkett Smith).  These two events spiral Jason out of his emotional comfort zone forcing him to confront truths about his father and his past.  As Joshua begins to head down a violent path and Jason plans the escape from his life with Lyric – choices must be made.  Choices that will forever affect Jason, Lyric, and everyone in their small tight-knit community.

Jason’s Lyric is a film of uncommon and adroit understanding of problems facing young black people.  At thirty years old, the film and script by Bobby Smith Jr feel fresher and more adroit than anything that’s come after it.  First and foremost, the film is a drama and romance.  Often, films of this nature are exploitative with action scenes of crime black people killing black people without consequence.

The script along with McHenry’s direction side steps all of the different types of exploitative set pieces that came with Urban-based films of the era.  Rather the film focuses on the characters and the trauma they have endured and how that relates to them in the present.  Jason and Joshua have not dealt with the issues brought on by their father’s tour in Vietnam.  Jason has chosen to internalize.  Joshua has externalized.  Both leading very different lives.

The film quickly sets the stage for the drama that begins to occur as Jason and Lyric begin their romance proper.  The casting of Payne and Pinkett Smith is the smartest decision in a film with many smart decisions.  The chemistry between the two is palpable on a level that many films can only dream of.  Their chemistry so good and so heated on-screen caused a bit of a ruckus with the MPAA (not to mention the racism apparent in their decision to give the film initially an NC-17 which other non-black films were getting through with much more salacious sex).  Though the sex is a component it’s not the endpoint for Jason’s Lyric.

Few films – even in the 1990s – would spend time building their relationship and showing the effect they have on one another.  It’s beautiful, intoxicating, and compelling as these two begin a heated, sexually charged relationship.  The compassion and understanding that McHenry brings to this relationship is uncommon.  There’s a delicacy that plays off the harsher real-world aspects of machismo, violence, and trauma that balances the narrative that allows the film to comment on these themes without making them preachy or a part of some speech.

Jason’s Lyric even in its most clichéd of 1990’s exploitative moments manages to smartly avoid the trapping of the Urban Crime Film.  In fact, the boldest move that Jason’s Lyric makes is leaving one with a sense of hope.  Hope that love cannot just endure but heal.  A bold statement that even now three decades later resonates.

Kino Lorber has been provided a beautiful transfer from MGM for Jason’s Lyric.  It looks to be a newer 2K or 4K transfer – no information was provided.  The Blu-Ray image pops with color and always maintains the luster in the contrast and black levels.

Jason’s Lyric is as good a romance to come out of the 1990s.  Highest possible recommendations!!!