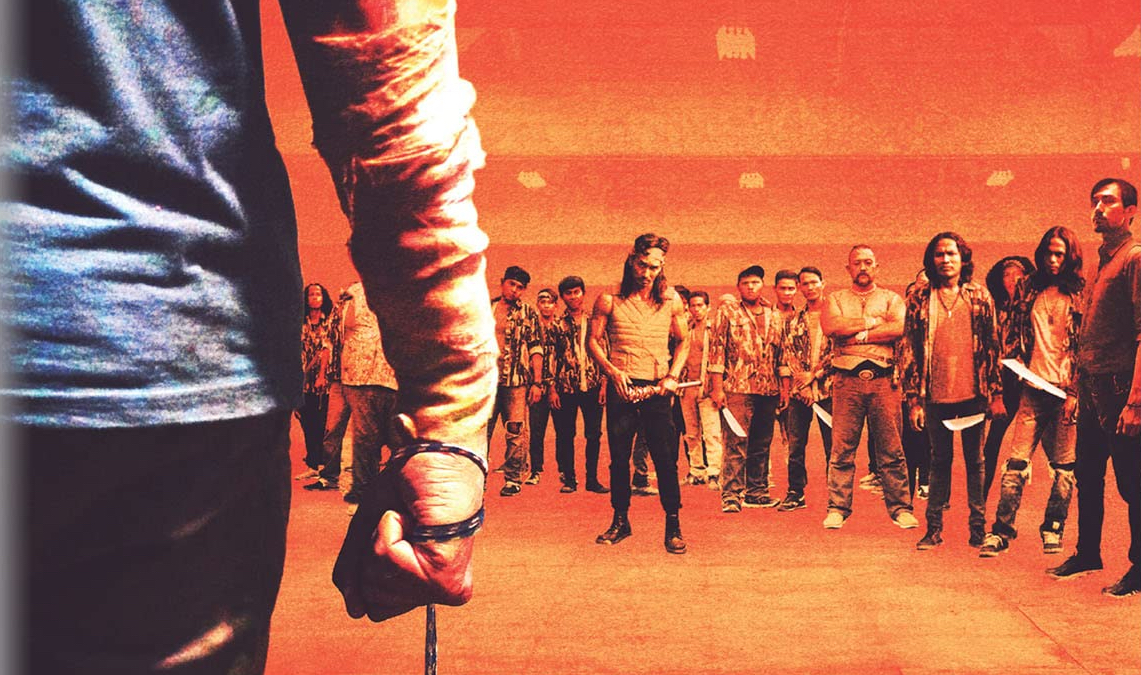 Some movies are designed to fuck you up.

Preman: Silent Fury is just that kind of film.  The Indonesian gangster martial arts mashup by director Randolph Zaini understands the brutality as much as he understands the emotions needed to elevate the general beyond just kicking ass.

A deaf low-level gang member – Preman is a term in Indonesia for such a person – takes a stand when his boss murders an innocent in the town.  Having to protect his son and figure a way out of this situation – both of which become increasingly narrower and narrower.  This Preman knows the only way to solve this and protect his son is to face off against his boss and the entire gang – that doesn’t include the various assassins after him and his son.

To discuss the ins & outs of the plot twists would be to ruin one of the most ruthless and surprising pieces of action cinema in a while.  The film is designed to hit you and continue to hit only breaking for small tragedies only to continue to bludgeon you until its end.  The action is always inventive and above all bloody.  One has to have only seen a few Indonesian action films to understand that the gore and brutality play out as almost secondary.

Though the most surprising aspect of the film is the depth of emotion that plays throughout the film, much of the film’s backstory and father-son relationship is played for keeps.  There isn’t any sort of crass attempt to build emotions, director Zaini has created a film that is uncommon in its intelligence about broken relationships, healing, and the cycle of abuse.  Preman: Silent Fury never makes this overindulgent but rather the right balance between the emotional story and the story of survival at the hands of brutality.

Preman: Silent Fury is a surprising winner.  Buckle up and prepare to be rocked.

Well Go USA has been provided with a beautiful sharp transfer of this digitally shot feature.  The Blu-Ray’s image is near reference quality without a single issue with compression or artifacting.

Well Go USA has done it again with Preman: Silent Fury, giving us a surprising and killer action film from Asia.  Highest Recommendations!!!