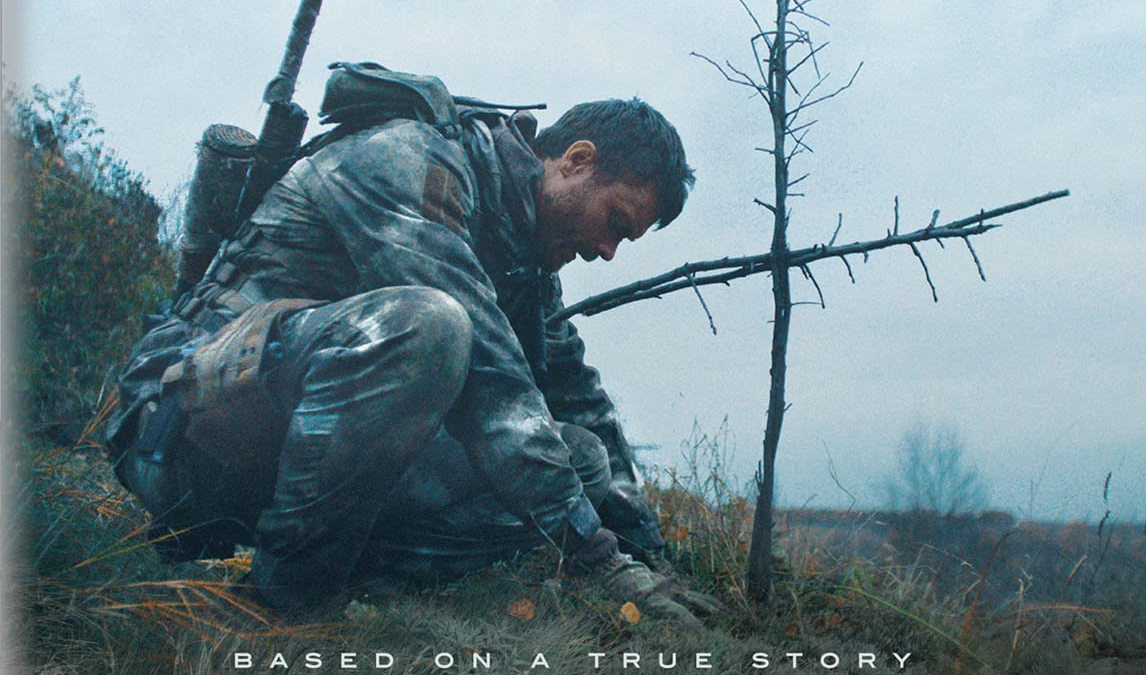 Set in 2014 during the invasion of Donbas a peaceful Ukrainian Math Teacher (Aldoshyn Pavlo) suffers a tragedy that changes everything for him.  We watch Mykola go from Math Teacher who wants nothing more than to save the earth to icy cold Sniper.  Mykola pushes himself further and further to be the best Ukrainian Sniper.  Beyond vengeance for his family – Mykola has set his sights on avenging the entirety of Ukraine.

There is something highly effective about the leanness that director Marian Bushan brings to everything in his film.  Even as tragedy strikes there isn’t melodrama strung along rather a cool distance.  That icy distance helps the effectiveness of this action thriller.  The film never heads into melodrama or overwrought emotions.

Sniper: The White Raven excels at showing us how Mykola went from a rather soft academic to harden sniper.  These moments of training and actually showing the pragmatic a-b-c of a Sniper is fascinating, taking up most of the first half of the film.  It should shock no one that the story is based on the true life of co-writer Mkyola Voronin’s real life which had him turn from a man of peace to a man of war.

The film wisely chooses to be an ever-increasing series of set pieces as Mykola goes into the field with his fellow snipers.  We see not only the victories, but the losses suffered – both physical and emotional – as Mykola begins to see more of a greater purpose beyond revenge for those he loved.  By the end, as Mykola faces off with his Russian Counterpart the film soars.  Sniper: The White Raven has properly set the stage and the steaks for this final chess game and does not hold back.

Sniper: The White Raven checks all the boxes making it an effective action thriller that will not disappoint.

Well Go USA’s transfer for Sniper: The White Raven looks amazing on Blu-Ray.  The digitally shot film looks appropriately sharp and beautiful.  The color reproduction, contrast level, and black levels are all perfectly adjusted, the result being a handsome transfer.