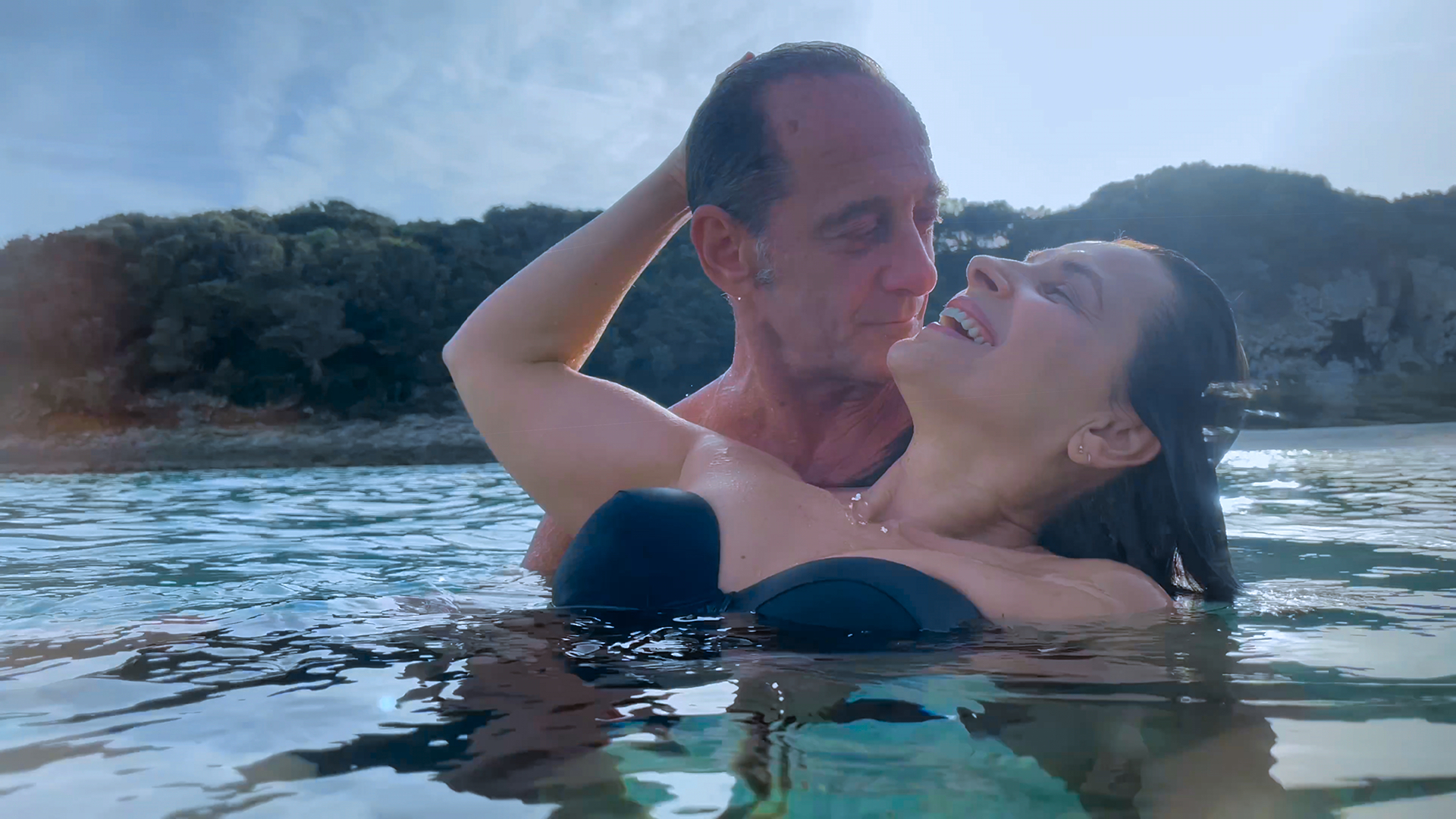 Suspenseful without being chilling, Claire Denis’ latest film – marital drama Both Sides of the Blade -contains strong performances from regular collaborators Juliette Binoche and Vincent Lindon and a great soundtrack from Tindersticks.

Claire Denis is back working with some of her regular collaborators in Both Sides of the Blade, a film which, if it were to be simply put, is a melodramatic love triangle between Sara (Juliette Binoche), Jean (Vincent Lindon), and François (Grégoire Colin).

There is, however, much more to the triangle than meets the eye; Denis’ decision to withhold some of the characters’ backstory or connections to each other leaves a lingering intrigue, a portion of which is never resolved by the filmmaker and which contributes to the increasingly uneasy mood.

Sara is a radio host, competent and professional, who has been in a relationship with ex-rugby player Jean for 10 years. We first encounter them on a holiday together where it is clear that they are happy to be with each other, swimming in the azure, sunlit sea next to a quiet beach. They turn out to be the only moments of bright colour, as the rest of the film sees the pair return to a Paris of grey skies or night-time conversations.

As Sara approaches her place of work one morning, she unexpectedly sees former boyfriend François driving past on his motorbike, and is immediately overcome with such a strong emotion that it is difficult to understand exactly what has happened to her. An amalgam of fear, panic and perhaps desire takes hold of her, and begins to affect her relationship with her husband – particularly when François contacts his old friend Jean to propose a business partnership out of the blue shortly afterwards. The connections between the three are partially revealed as the relationships become strained and more complex, and the viewer will be left with some tantalising questions which, by the time the film ends, are irrelevant.

What becomes relevant though are the insecurities or character traits of the three people and how this drives their response to events. Even ten years later, Sara seems to be holding an idealised version of the former relationship in her mind, and even when this perception is dashed, she chooses to continue her pursuit of François. For him, however, everything is a game to be played on his terms, and Sara still hasn’t grasped this. In the meantime, Jean is crippled by his own insecurities – of having lost his career, his previous marriage, his relationship with his son; everything which he imagines to represent his image of his own masculinity has failed, and François’ reconnection with Sara shakes him even further. Ironically he is at his most calm when doing the weekly shop at the supermarket.

Often in a triangle such as this, events or actions can fall into the realms of cliché but Denis’ careful withholding of history – not for the purposes of audience deception but because the characters already know their own past – creates a complex tapestry of emotional fallout. Binoche is reliably open in her portrayal of Sara, a woman who does not want to miss out on any emotional experience if it is there for her to take. But it is Lindon’s cracked and fragile masculinity which just about steals the show this time. He’s suddenly aware that, while nothing has changed for him, Sara is abruptly in a different place altogether. Scenes where the two are arguing intensely in their small apartment absolutely crackle.

A special mention for a thrilling and atmospheric soundtrack from frequent Claire Denis collaborators Tindersticks, which underpins the mood of the film perfectly without dictating it.

Both Sides of the Blade is worth watching for Binoche and Lindon together, and for Claire Denis’ slightly different handling of a menage à trois.

Both Sides of the Blade is in cinemas and on Curzon Home Cinema from 9th September 2022.