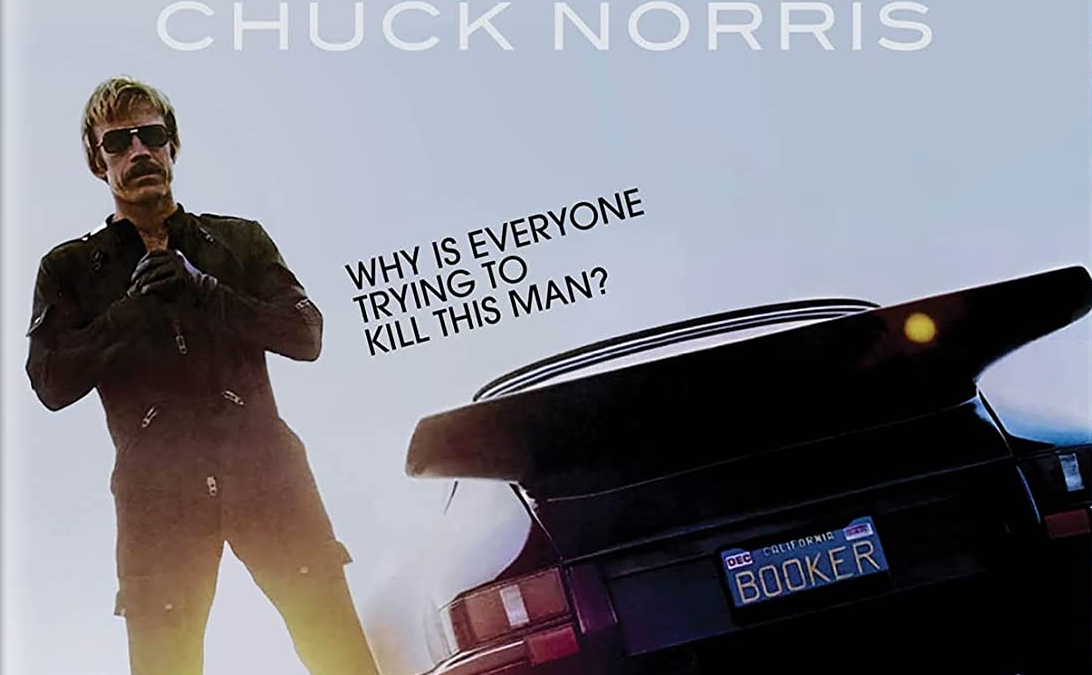 There was a time before Chuck Norris was a legend.  A time when he was just the white dude / bad guy that Bruce Lee fights at the end of Way of the Dragon. Good Guys Wear Black was the beginning of Norris’ ascent from Faceless Bad Guy to Action Star and eventually Legend.

Political mover Senator Conrad Morgan (James Franciscus), in midst of negotiations to end the Vietnam War put a splinter cell of the CIA Black Tigers up to the Viet Con to end the war.  The Black Tigers led by John T Booker (Norris) on their last mission are ambushed and Booker is shot for all his troubles.  Years later Booker – now a college professor – is pulled into a political SNAFU with an intrepid reporter (Anne Archer) that goes to the highest corridors of power.

It should be noted that Director Ted Hope makes more of a “political thriller” than a “martial arts action thriller”.    That is a HUGE distinction.  Much of the film has Norris with Archer flying and driving to different places only to have the person they’re going to talk to shot.  There’s very little of Norris’ patented Round House Kickery happening.  Though, when they do, it’s fairly stately with some slow motion thrown in for good measure.  It’s nothing close to American directors like Robert Clouse who understood the dynamics of action scenes (thanks, Bruce for showing Clouse what’s what).

As for the Chuck of the entire situation.  Other than the College Professor job, John T Booker is designed for Norris’ sense of character/star persona even before he had the persona.  Though the one thing that is missing is the Chuck Beard, but that wasn’t something that happened until the mid-1980s.  The young Ms. Archer is stranded though as not really a character but a plot device and Basil Exposition.  Her fate is written on her forehead the moment you meet her.

The film ends in that strange let’s have a bunch of monologues about the state of America post-Vietnam and the necessary evils of war.  It is quite entertaining during these sections to see them cut back to Norris whose face reads ‘when can I kick the mother fucker in the head real hard?’.  Indeed, though not bad, Good Guys Wear Black could have used more kicking mother fuckers in the head.

The Brand New 2K Master provided to Kino is a solid accurate representation of the film.  The new master is so good that it shows some of the faults in the photography (watch the Black Tigers raid/ambush for the perfect example).  All around it’s a solid sharp consistent filmic-looking image that fans of the film will be satisfied with.

The all-new Audio Commentary by Action Film Historians Mike Leeder and Arne Venema may be more entertaining and fun than the film itself.  Some of the details include a discussion of the unique opening title sequence, the score by Craig Safan, the fact that this is the first bigger budget Chuck Norris starring vehicle that was an actual “Chuck Norris Film”, the development of the film and the script by future Oscar Winner Mark Medoff, the various films that Chuck worked on with Bruce Lee, a discussion of James Franciscus, the advice that Steve McQueen gave to Norris – who was his Karate Instructor, why certain countries when shooting have access to older military equipment, discussion of the locations of the production, a side conversation about Vietnam film production – this film was NOT filmed in Vietnam, a wild side conversation about the Air Wolf helicopter and South Africa, the influences of Chuck Norris and his career and his building of his star persona – Bruce Lee, Clint Eastwood, James Bond, a discussion of Norris’ cameo in Expendables 2 and its tied to this film, the work of Anne Archer, what separates this film from other of Norris films, a side conversation about a very specific Sega CD game, Norris’ work after this film and working with various studios – American Pictures, Orion, MGM and Cannon Films, a side conversation of Cannon Films, a film that never happened called Top Kick – which lead to Jean-Claude Van Damme beginning his career, a discussion about Aaron Norris, when Norris became a cult icon and internet meme God in the early 2000’s and the “Chuck Norris Facts”, Norris starring in a Softcore movie for Roger Corman, a side conversation about 1970s and directors and stars working in Softcore and Hardcore films, the troupes that came out of the “cold war” spy films, how Norris got his “name” and a larger discussion of his personal life/history before stardom, a discussion of Soon-Tek Oh his career and personal history, the stunt work in the film and the action set pieces and actors doing stunt work, a conversation about Dana Andrews career and role in this film, some of the business and work before Chuck Norris became a star, a constant discussion of the mustache, and much more.  Leeder and Venema play this one very fast and loose to a very entertaining and hilarious commentary track.  Though it’s not that they dislike the film, they very much so love it and provide a deeply researched commentary track – that happens to be hilarious.

The Making of GOOD GUYS WEAR BLACK (8:34) – is an archival making-of featurette featuring director Ted Post.  Some of the details include Norris’s desire to be a better actor, the script changes that were made, the casting of the other roles, and more.

Interview with Director Ted Post (19:14) – is an extended version of the making-of interview done above with Post.  Some of the details include directing a second film Go Tell the Spartans in 1978, a discussion of filming both films that year, how the deal came about, how the production was able to travel to different locations, his style of character over plot, a discussion of working with Chuck Norris and the other actors that worked on the film, how they supported and enacted the changes that Norris came up with, and much more.  The interview is basically the raw interview including the interviewer’s live mic questions.

Radio Spots (1:03) – two radio spots play over one of the most iconic images from the film.

Good Guys Wear Black entertaining and wonderfully shot film that Norris fans will delight in having a high-def version of.  Recommended!!!