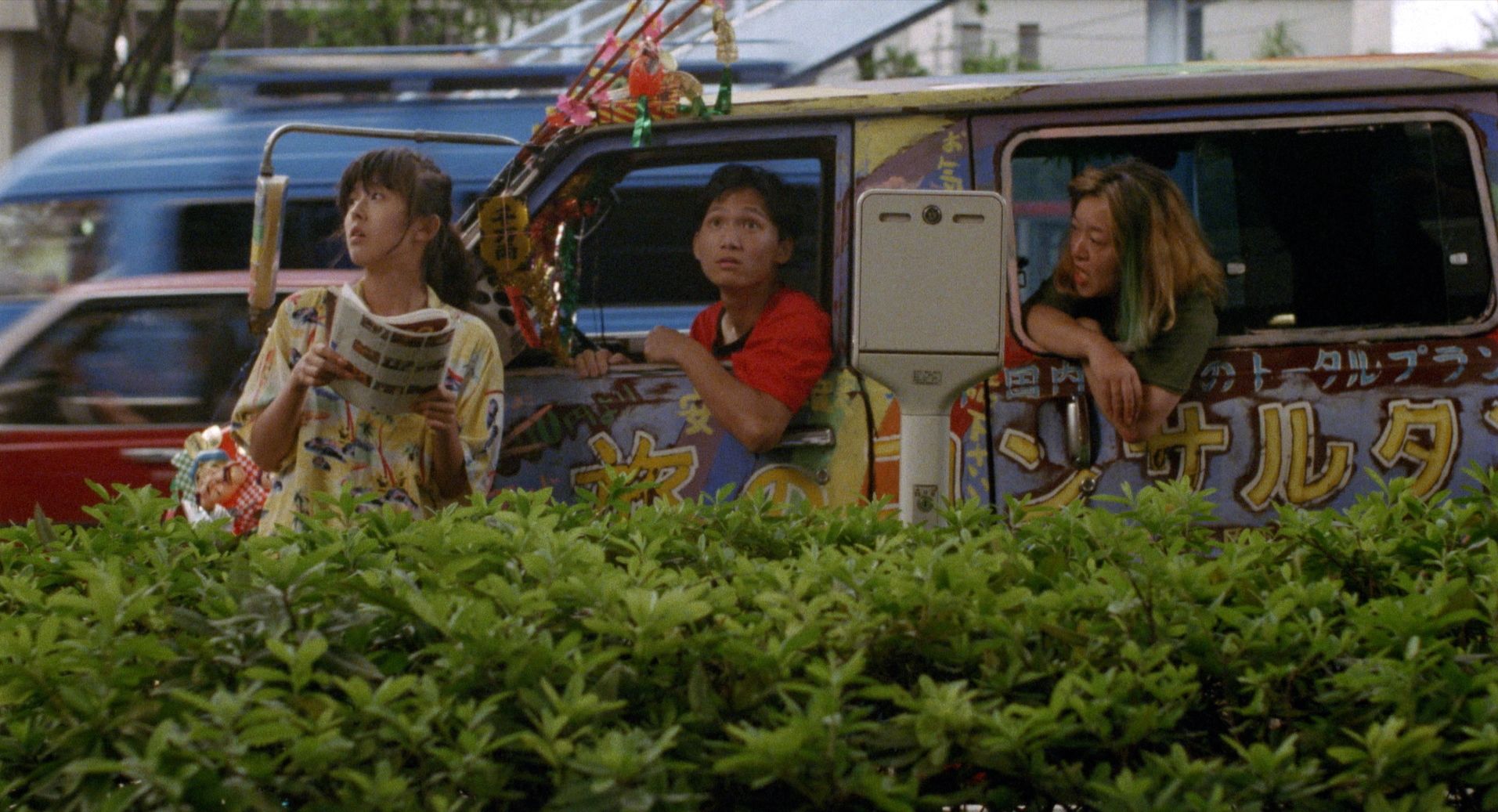 Sometimes a film hits you upside the head in the best way possible.  That’s exactly the feeling that Masashi Yamamoto’s sophomore multi-genre Chankonabe (look it up) that begins in Hong Kong moves to Japan to move back to Hong Kong and around the world.  Part of the film’s brilliance is that Yamamoto and co-writer Masashi Yamamoto’s Isamu Uno script pays off every single setup it throws in the air.

What’s up Connection through its 120+ runtime balances the wild tone, shifts in styles, and even actors of different genders taking over roles mid-film because of its “scotch tape” aesthetic.  Director Yamamoto is so in love with the grandness of storytelling that enthusiasm translates to a DIY-Punk-Rock-Don’t-Give-An-F style that lands at every turn.   Watch the film as the narrative drives through hopeless and morose second act turn brilliant optimistic fast-paced global takedown run by … children.

Yamamoto’s film seems to have influenced everyone from Wong Kar Wai to Hirokazu Koreeda to Bong Joon-ho.  With this restoration, hopefully, more people will be able to view this wonderfully anarchistic film that shows the possibilities of what one can do with a Camera and a dare-to-be-great enthusiasm for cinema.