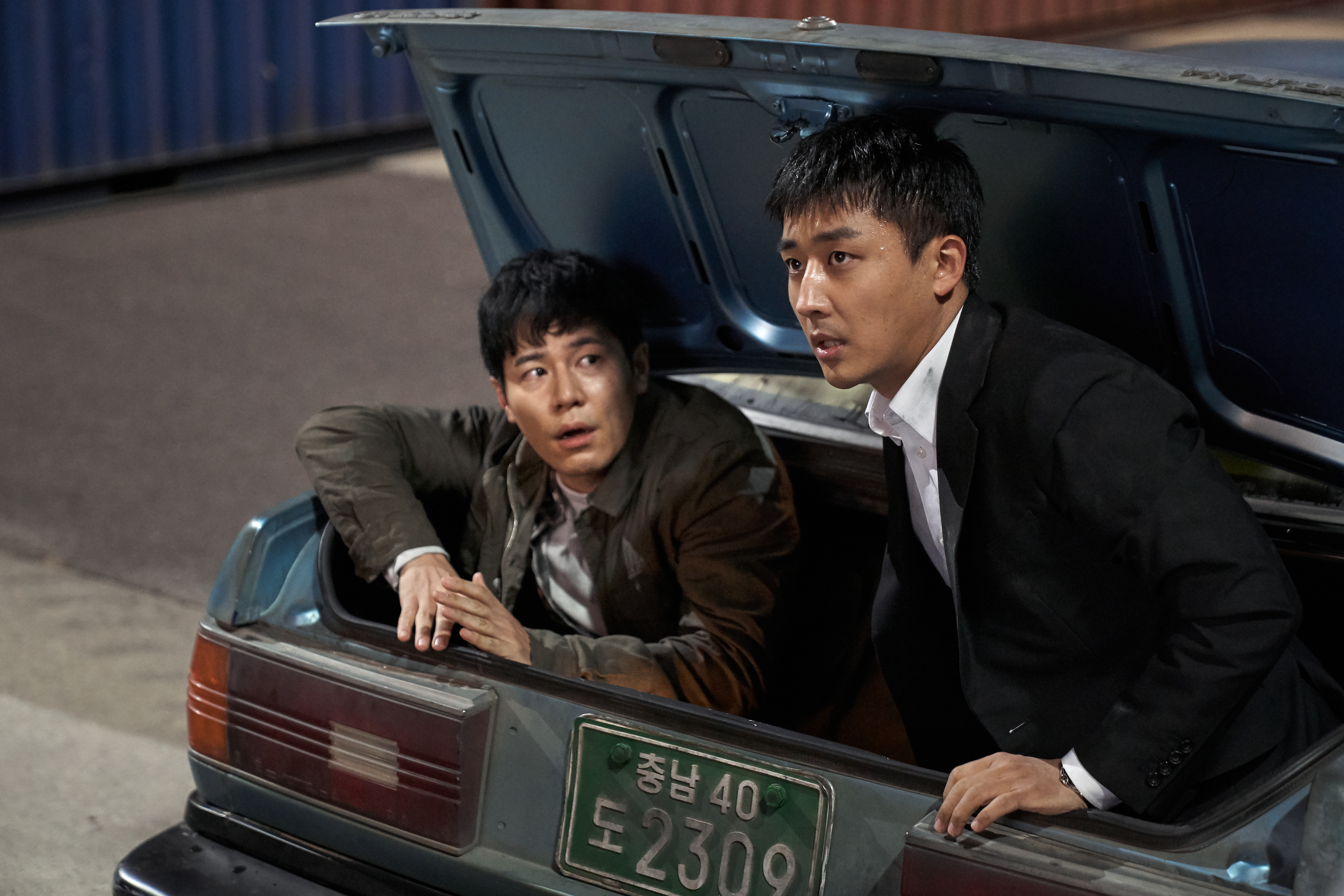 The double-dealing of a stolen Lamborghini ends with a father and son reconciliation – all with the help of a magical Hyundai Taxicab – in Stellar: A Magical Ride.  Playing at Fantasia Film Festival 2022.

Move over Drive My Car, Stellar: A Magical Ride is here with its Hyundai to steal the thunder from your Saab and emotional drama.  All jokes aside co-writer/director Kwon Soo-kyung crime action-comedy drama has cult magnetism written all over it.  The unexpected delight of the right amount of magical realism and lighter-than-air comedic action scenes that will have people devoted converts to its charms.

Young-bae (Son Ho-jun) has the easiest of jobs.  Deliver the cherry red Lamborghini to CEO Seo (Heo Sung-tae).  Though nothing goes right.  His best friend Dong-sik (Lee Kyoo-hyung) with problems of his own steals the Lamborghini to pay off his loan shark.  Now with Seo out to kill Young-bae the only thing he can do is find Dong-sik and the Lambo to return to his boss.  All of this and his absent aloof father has recently passed AND his girlfriend () with equally troubling news.

Without any help and in the midst of an emotionally volatile situation Young-bae takes his father Taxicab to begin his futile search.  Though maybe, Young-bae is not alone.  Maybe the Taxicab is more than just a constantly breaking down Hyundai.  Slowly and assuredly, the Taxicab appears to be helping Young-bae out of increasingly troubling and violent (but funny to us) situations.  Could it be the help is from the beyond… or just blind luck.

Stellar: A Magical Ride is an experiential film.  One cannot understand its charms and emotional heft until one sees it.  The work here done by not just director Kwon but co-screenwriter Bae Se-young is literally – no pun intended, well maybe a little pun intended – magical.  The film never is weighted down by the crime story, nor does it lack real steaks because it’s lighter-than-air comedic moments.  Rather they have found a way where both co-exist and are tonally appropriate.

Much of the delight is the unfolding of the multilayered plot and character arcs hidden in the 98-minute run time. The way that everything is resolved at the end and circles back to the larger themes of forgiveness and understanding… well, one will have never seen so much emotion and meaning put into a blinking light.  One that will have many tearing up.

Stellar: A Magical Ride beyond being one of the more surprising films of this year’s Fantasia Film Festival, is one of the best films of 2022.