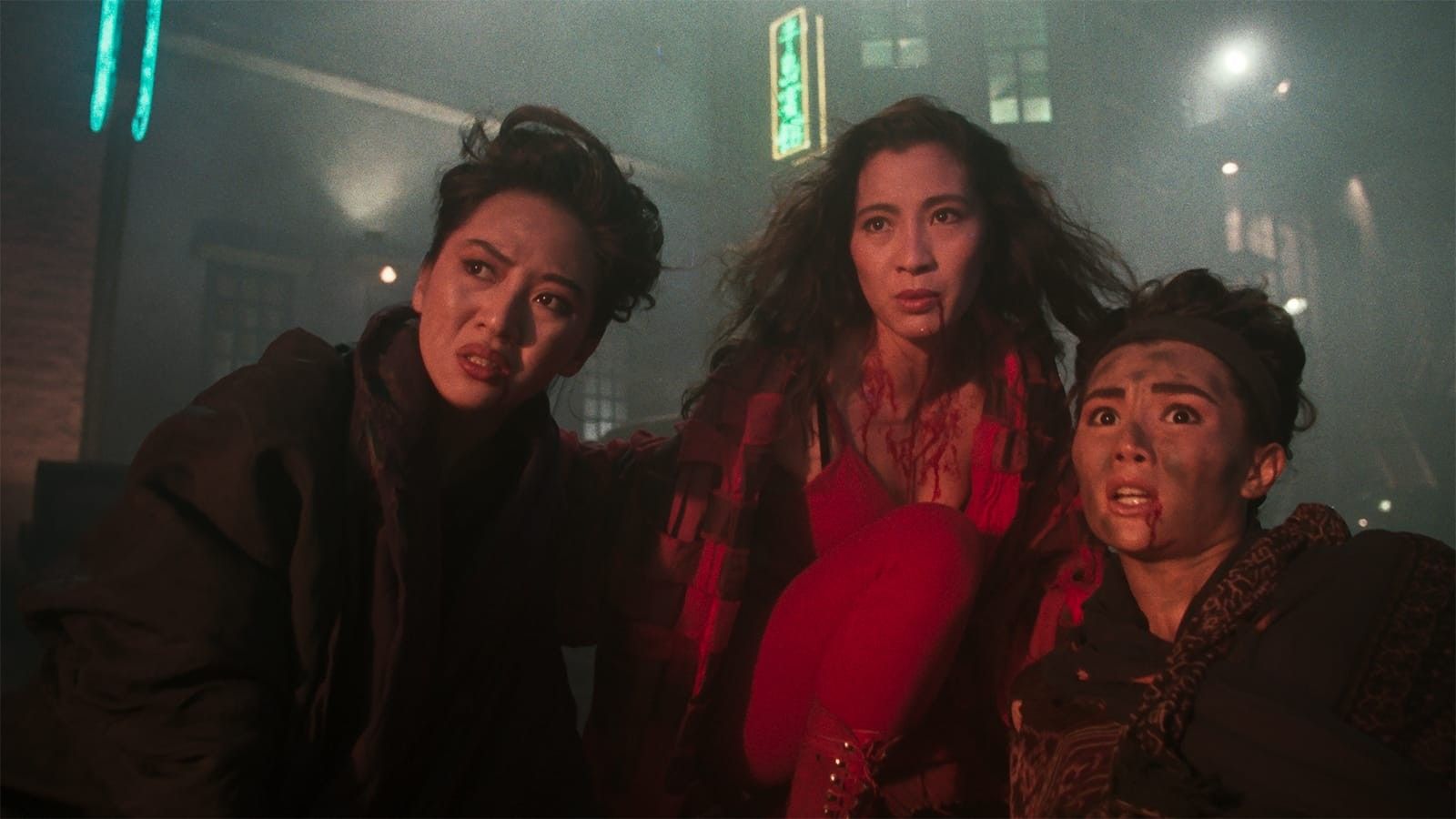 The Heroic Trio could not have been made by anyone other than Johnny To.  The legendary director infuses not just his own stylistic touches but manages to out-crazy some of the crazier HK entries of the era (there were some truly bonkers films being produced in HK at the time).  The result is a film that is as dangerous to watch as it was probably to make.

A demon has begun to kidnap newborns in a plot to replenish his never-ending army of assassins and a new King.  Standing in the way of this demon?  The HK Police Force?  No.  Demon fighters? Not quite.  Wonder Woman (Anita Mui), Invisible Woman (Michelle Yeoh), and the Thief Catcher (Maggie Chueng) each attempt to solve the issue on their own.  Each not realizing that they are connected by this demon.  It’s only when they work together do they stand a chance against this evil.

Director To working with action choreographer Ching Siu-Tung creates a film where the set pieces are done with an almost Nolan-esque eye for realism.  Though To and Ching has no choice as this was 1992-1993.  So things like a mid-air spinning motorcycle, or a train locomotive going through a hospital were really a mid-air spinning motorcycle, and a train locomotive going through a hospital.  There is trickery here but much of the action set pieces are done in-camera which leads to some impressive visuals even thirty years later.

Not to be outdone by the action, the stars of the film truly do shine here.  Mui, Yeoh, and Cheung are all in top form here.  Each of their roles is given specific arcs by screenwriter Sandy Shaw.  The late Anita Mui has the most to do as Wonder Woman playing up the secret identity with her police detective husband (Damian Lau).  Though Yeoh and Cheung are not left in the lurch playing sisters separated decades ago.

To’s film treats them with the sort of reverence that we now treat these legends. The way that cinematographer Tom Lau (Moon-Tong Lau) and Poon Hang Sang (Hang-Sang Poon) create heroes out of these characters is literally the template of visuals for everything after this film.  There is an outlandishly pop sensibility in their imagery.  Wind doesn’t just blow but gusts up heaps of garbage.  Light is of the Marvel 1960s four-color panel variety.  The camera is as bravado as anything in an Evil Dead movie.

The Heroic Trio is the type of action film that one hopes for.  That’s only hindered by the imagination of its creators.  And when its creator is Johnny To… step back, buckle up, and enjoy the wild ride.