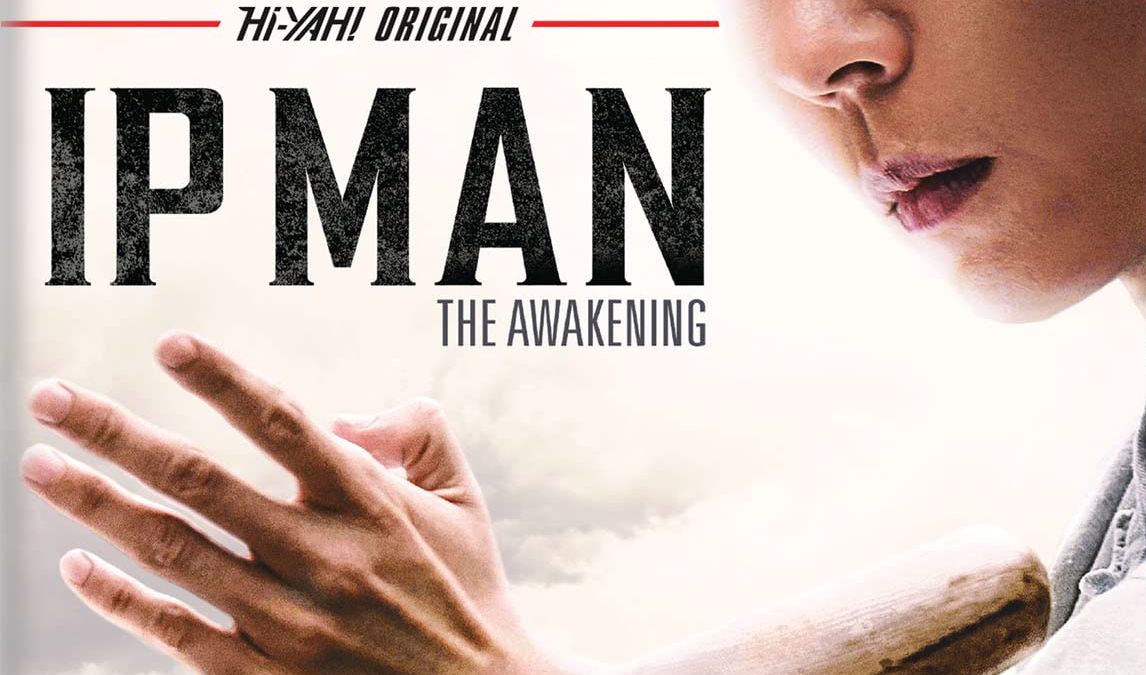 The fists fly more than lessons learned in the newest iteration of the legendary Martial Arts Historical figure in Ip Man: The Awakening.  New to Blu-Ray from Well Go USA.

Tony Leung, Anthony Wong, and Donnie Yen have all played the Folk Hero and eventually Bruce Lee teacher IP MAN.  That was just in the last decade.  All played him in stylistically different films or film series.  The most successful being Yen who made not one or two but FOUR Ip Man movies (all released by Well Go USA too)!!! A non-martial arts fan would think that adding another IP MAN tale into the mix would be overload.  That is what separates us true fans as we all know that in the world of Martial Arts a tale can be told multiple times and successfully so and without any sort of complaints.

I say all this to say Ip Man: The Awakening is another Ip Man movie and well worth your time.  Directors Li Xi Jie and Zhang Zhu have created an 80-minute movie that feels like a modern throwback to the Jackie Chan films like Drunken Master II or Project A.  Films set at the turn of the century at the height of British Colonialism and terrible behavior.

Ip Man: The Awakening has one of my favorite non-US cliches which is the truly evil foreigner – white either British or American – Colonializer.  Watching as these truly evil dickwads get their comeuppance by the almost saintly heroes – in this case, the legend IP MAN – is some of the most entertaining one can get.

The fact that the film is under 90-minutes makes this all the better as the film’s simple setup of Ip Man comes to Hong Kong to begin his school and gets involved with stopping a bunch of sex traffickers.  There is literally no time to think of any of it as the film moves so quickly from one set piece to another.  That is Ip Man: The Awakening is power, putting entertainment and action set pieces before anything else.

Well Go USA has been provided a flawless transfer of the film.  The handsome sharp digitally shot film is perfectly rendered on Blu-ray.

None included for this release.