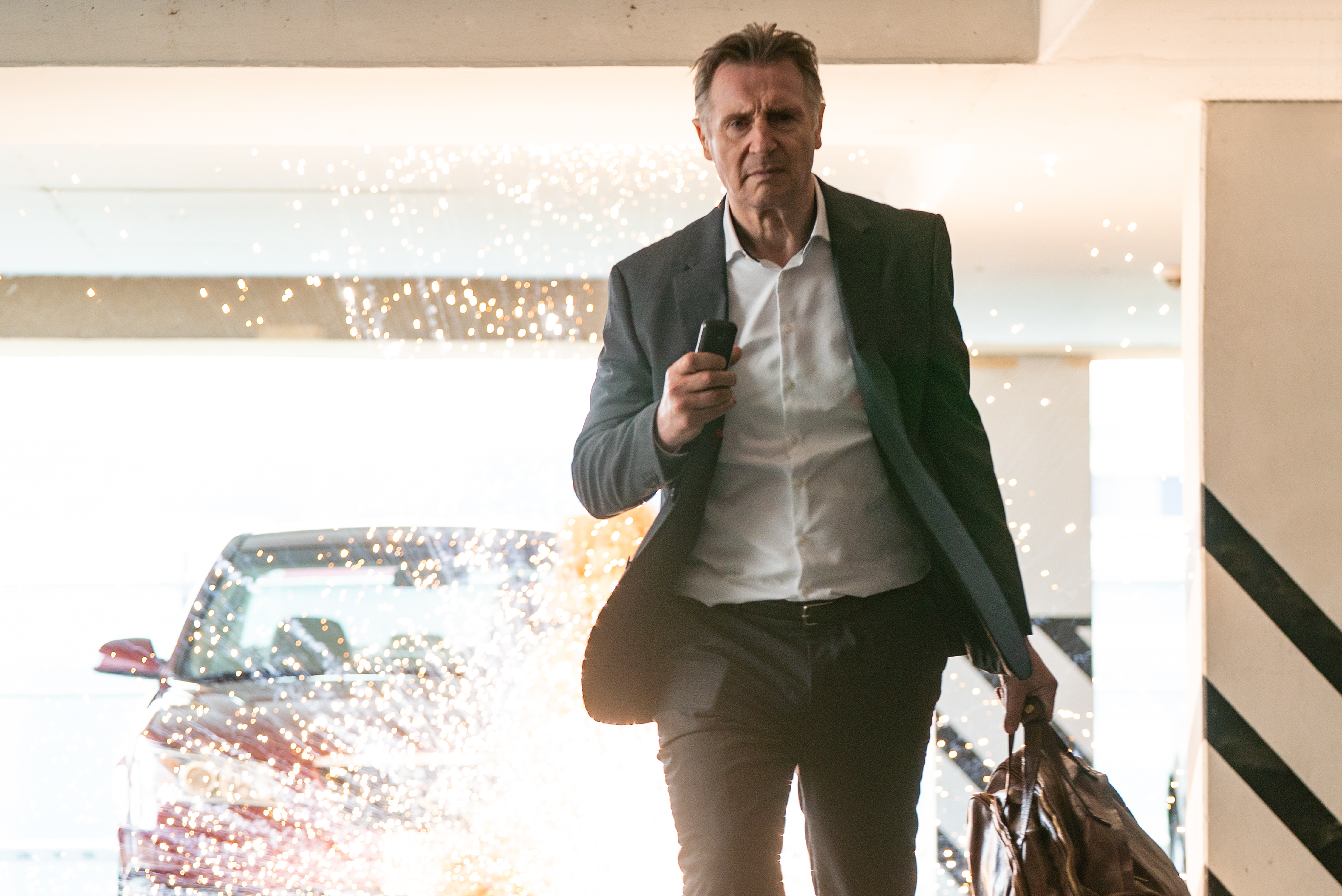 Liam Neeson is back, this time he’s an assassin fading into dementia in Memory.

Memory could have been a standard-issue Liam Neeson action vehicle.  Sharp direction by Martin Campbell, an astute script, and an A-list supporting cast elevates the material.

Aging cartel assassin Alex (Neeson) knows he’s losing a step, but it isn’t just father time coming a-knocking.  Alex is at the beginning of dementia, making an already untenable situation that much more volatile.  The cartel wants Alex to kill a 13-year-old girl who is the key to a sex trafficking ring that could implicate Billionaires at the highest echelon of society.  As the hitman refuses, he becomes hunted by not only the cartel but Texas State Police (lead by Ray Winstone) and the FBI (lead by Guy Pierce).  Who can one trust when your mind begins to fold in on itself and everyone hunting you could have ulterior motives.

The action thriller’s plot isn’t as paint-by-numbers as one would think.  The adaptation by Dario Scardapene, based on the novel De zaak Alzheimer by Jef Geeraet, ensures that Alex’s problems with his mental facilities are at the forefront.  The result is a Neeson performance that is actively a performance.  The star has always been best when given material that forces him to be a bit off-kilter.  Though many of the supporting characters are paint-by-numbers do-as-the-plot asks of them there is enough interesting work here keeping you hooked.

Though there isn’t a bad performance out of the supporting cast.  Though it helps when your supporting cast includes luminaries such as Guy Pearce, Monica Bellucci, Ray Winstone, Taj Atwal, and Harold Torres.  Pearce has never found a role he couldn’t make at least 22% more interesting and here is no different.  Bellucci’s work amounts to an overstuffed cameo BUT her casting and work are one of the smarter bits.  Atwal and Torres as Pearce’s teammates are good and welcome fresh faces.  Winstone is almost unrecognizable as a Texas State Police Detective hunting Neeson’s assassin down.

Director Martin Campbell understands everything he has here from the cast, and the script, and delivers on the promise.  Campbell directs the film as a drama with spikes of action, which makes all the difference.  His focus on performance rather than plot gives us a better film.  Though the action when it does happen delivers impactfully and cleanly.  The work here is similar to his equally adroit work in last year’s The Protégé.

Anyone that loves the classically shot and executed dramatic thriller will feel right at home with Memory, smarter than your average genre thriller throwback.

Memory is only in theaters April 29th