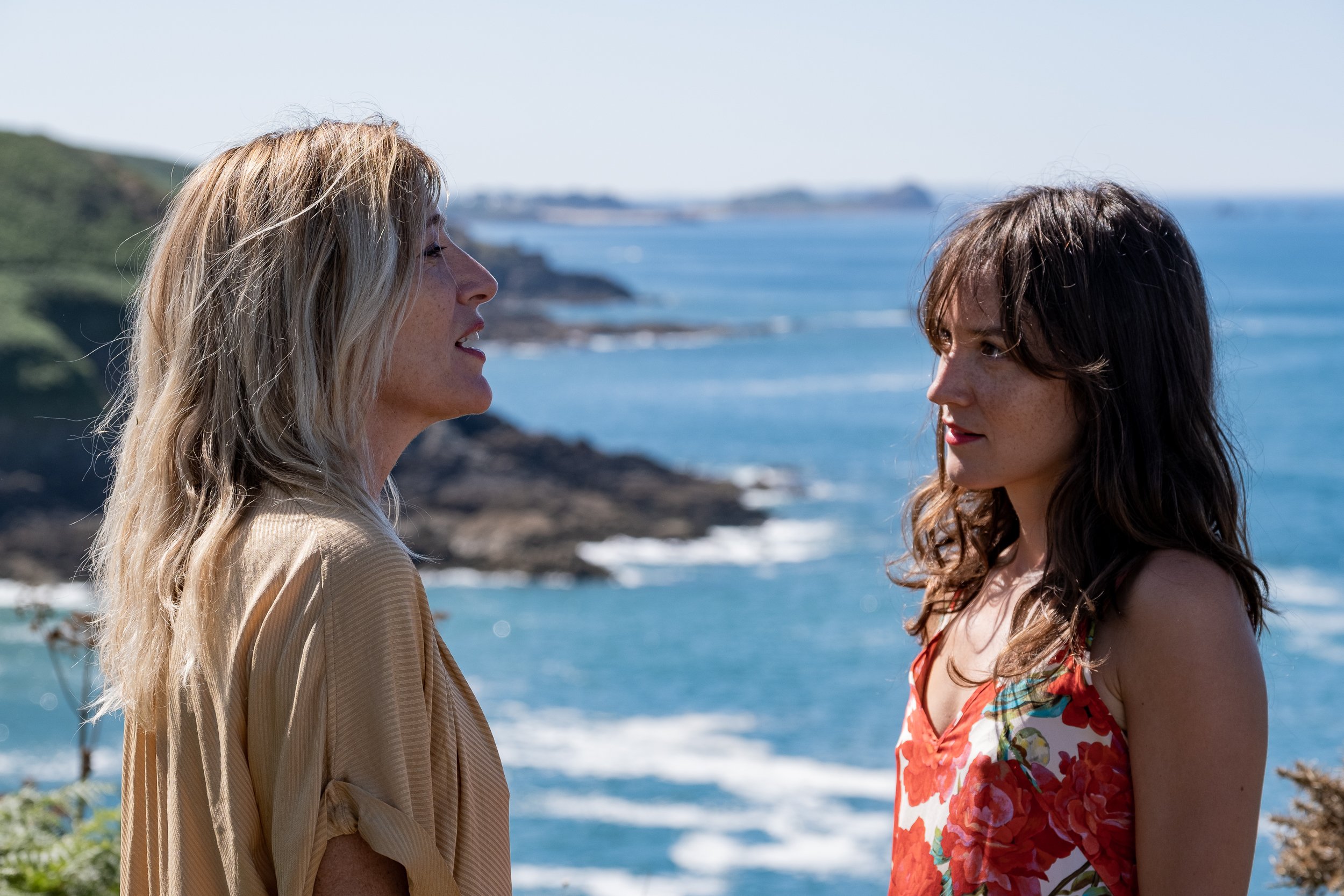 Anaïs in Love, a French romance from first-time feature director Charline Bourgeois-Tacquet, follows a spirited young woman in pursuit of her grande passion.

Anaïs in Love (French title Les amours d’Anaïs) is the first feature from writer/director Charline Bourgeois-Tacquet, and received its world premiere at the 2021 Cannes Film Festival.

Anaïs (Anaïs Demoustier) is a young woman in a hurry. She runs or cycles everywhere (she’s always late), she speaks at a hundred miles an hour, she flits from one relationship to another as she gets easily bored. One of her affairs is with publisher and older man Daniel (Denis Podalydès), but that too becomes short-lived as she develops a fascination for his partner Emilie (Valeria Bruni-Tedeschi) and begins to stalk her at the expense of her own studies, her mother’s illness, and even paying her rent on time. Material things appear to matter little to her – what’s important is pursuing love and passion.

One thing to say is that Anaïs in Love makes excellent use of its locations. Whether it’s by the sea, in the lush green Breton countryside, or on the streets of Paris, it definitely has a vibe that will make you feel as though you are transported to France for an hour and a half; there are definitely moments which invoke Éric Rohmer.

Whether the viewer enjoys the rest of the film or not will, I think, depend on how receptive they are to Anaïs herself. She’s a bright, lively young woman who knows what she wants and goes after it whether she is in the middle of a conversation or not; she gives little thought to how her actions affect others, or to the responsibilities that her relationships and career expectations. If you enjoy this ditzy, motor-mouthed bulldozer of a character, then Anaïs in Love will be a delight. If, however, you have had your fill of self-absorbed millennials then Anaïs may be just a tad annoying to spend time with.

On the other hand, Bruni-Tedeschi’s Emilie is a fascinating character. She appears almost out of nowhere and unintentionally entrances the younger Anaïs; being more fragile and having experienced more of life’s disappointments than the younger woman, she is not ready to throw everything away for passion. Her fear and hesitation are seemingly unsurmountable, and Bruni-Tedeschi is beautiful to watch as she picks her way through her emotions.

It’s unfortunate for Anaïs in Love that it is released shortly after The Worst Person in the World has made such a mark on cinema, and Charline Bourgeois-Tacquet’s heroine is less easy to relate to. Whereas the Norwegian woman is battling with the self-awareness that she is not meeting societal ‘norms’ by being settled with job and family by the time she turns thirty, her French counterpart is more self-centred; almost like a toddler, she seems unaware of the feelings of people around her and every single thing revolves around her.

Anaïs in Love is philosophical about the practicalities of giving in to passion for its own sake, and a full-blown romantic will indulge the conversations and cheer Anaïs along.

Anaïs in Love will be released in US cinemas on 29th April, and on demand from 6th May 2022.