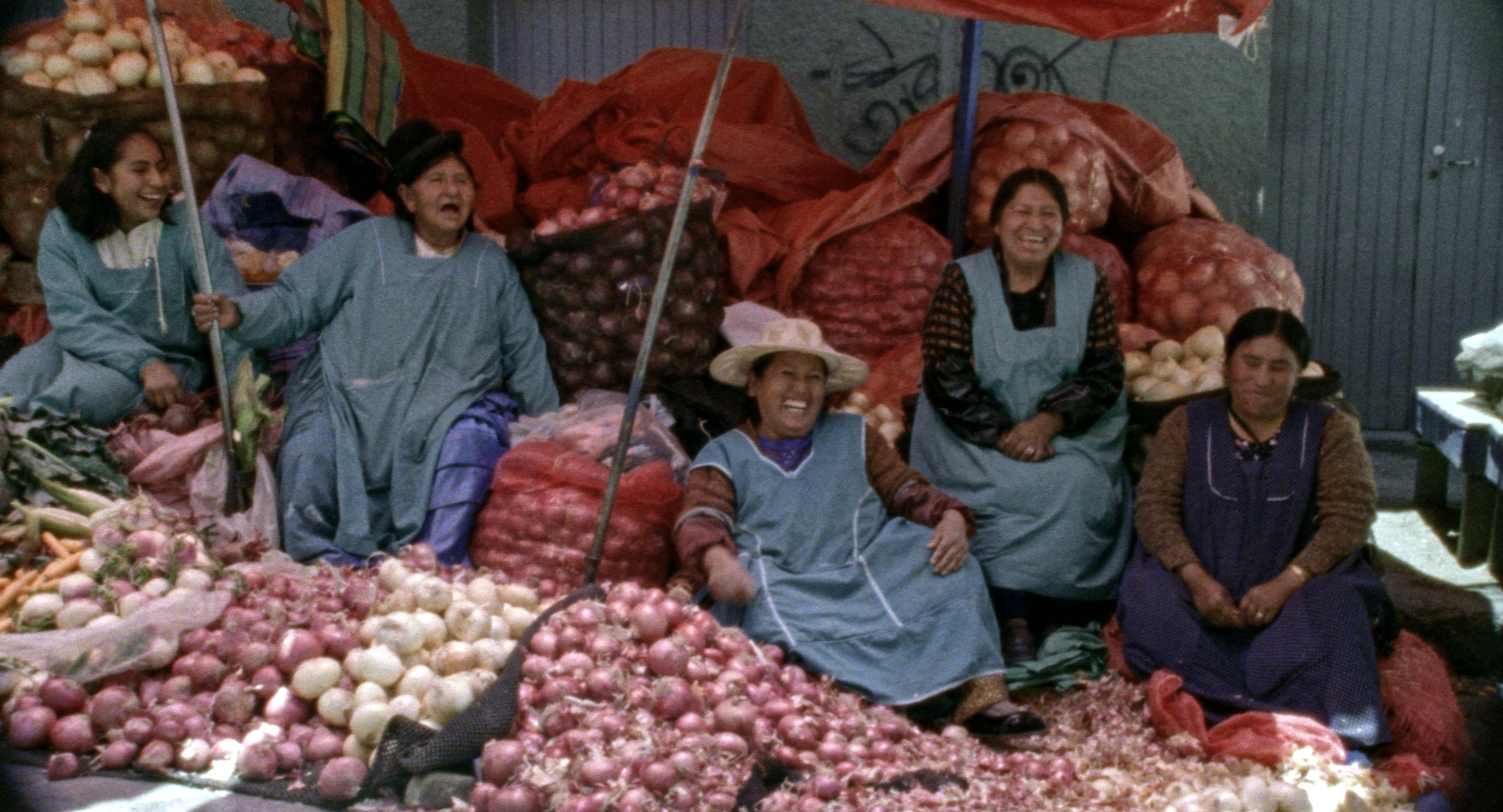 A surreal mix of events which – on paper – make little sense, but which coalesce into a treatise on urbanisation, worker exploitation, and attitudes to healthcare – among other things.

The Great Movement, winner of the Special Jury Prize in the Horizons strand at the 2021 Venice Film Festival, is probably best described as an idiosyncratic hybrid of social commentary, semi-documentary and surrealism.

Opening with a fantastic aerial view of Bolivia’s capital city La Paz which zooms endlessly in on rooftops and neighbourhoods, director Kiro Russo’s camera eventually finds Elder (Julio Cezar Ticona), an unemployed miner who has walked for days with his fellow workers to demand the reinstatement of their jobs.

Without a resolution to their protest, the men seek employment in the city and find back-breaking work in the market. Elder’s health begins to deteriorate however; various treatments – both medical and spiritual – seem to provide no respite from his ailment, and his fever dreams mix with his daily struggles.

Viewers are introduced to a variety of colourful city inhabitants, largely non-professional actors, including an entertaining group of female market stallholders, Mamá Pancha (Francisa Arce de Aro) – a mysterious woman who seems to be everyone’s relative and knows everyone) – and homeless shaman Max (Max Bautista Uchasara) who adds a touch of humour at times.

As the audience picks its way carefully through Elder’s deteriorating health and the activities of Max and his witch doctor brand of medicinal treatment, we’re suddenly treated to a street dance to 1980s synth music out of absolutely nowhere. This could well be the final straw for some, but it’s worth sticking with The Great Movement and letting the visual twists and turns play out, to find what the director wanted: Russo says, “I imagined this story of illness and healing to take us into the heart of the social fabric of this city and reveal the lives of its invisibles.”

The city is as much a character as the people, and if you want to know the real La Paz, I’m guessing this is as good a place as any to start.

The Great Movement does require a little effort from the viewer, but as long as you’re not expecting a straightforward narrative, there’s plenty to intrigue and beguile in this slightly surreal tale.